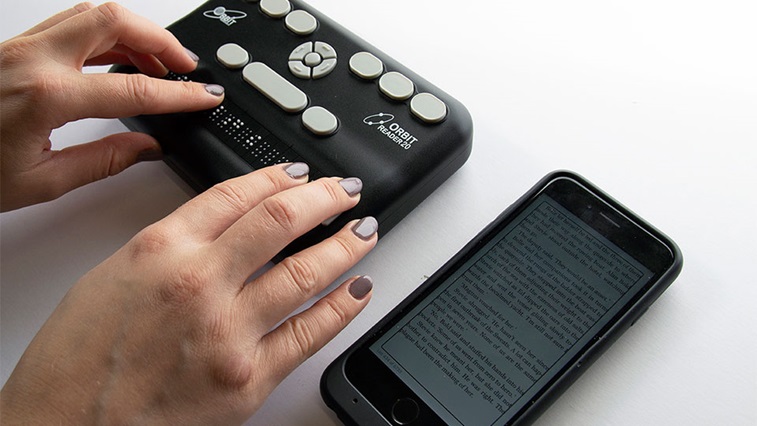 The Royal National Institute of Blind People (RNIB) will launch a device that aims to “significantly” reduce the cost of refreshable braille technology and opens up the language to a new audience.

The Orbit Reader 20, which will be released onto the UK market on Monday (8 October), has been developed in partnership between Orbit Research and the Transforming Braille Group, of which RNIB is a founding member.

The device will be a “fraction of the cost” of similar devices, which can cost thousands of pounds, the RNIB has said.

The Orbit Reader 20, which is released during National Braille Week, features a refreshable 20 cell eight-dot display with USB and Bluetooth connections to Android, Apple, Kindle and Windows devices. It reads SD card data and has braille input keys.

Refreshable braille devices, which use mechanical braille generated by moving computer-driven pins to translate digital text, were first developed in the 1970s. They have remained expensive, the charity explained.

Senior product developer at the RNIB, Claire Maxwell, said: “As we mark our 150th anniversary and look to the future, we’re very excited to announce the launch of the Orbit Reader 20 in the UK.

“The release of this revolutionary product shows our commitment to breaking down the major cost barrier that has prevented many blind and partially sighted people being able to enjoy the reading freedom of braille.

“We’re proud to have played a part in the development of this new and game-changing generation of product.”

The Orbit Reader 20 is available to order exclusively through the RNIB.