An exhibition that features a range of art by international sighted, partially-sighted and blind artists will be on display at London’s Truman Brewery from today (28 September) until 7 October.

The show, titled Shared Vision, is the first exhibition from Project Light, a global campaign led by Peek Vision and Fine Acts, which champions the right to sight and generates awareness of preventable and curable eye conditions.

Each piece in the Imaginary Visions series is a written and narrated ‘imagined artwork’ that can only ever be ‘seen’ in the author and reader’s imagination.

The exhibition will feature the work of artists from around the world, including French-Tunisian contemporary artist eL Seed, and Lebanese-Egyptian artist and historian Bahia Shehab.

eL Seed’s Lucid, in his trademark Arabic ‘caligraffiti’ style, follows on from his 2016 breakthrough piece Perception, a mural in Cairo that spans 50 buildings and can only be seen as a whole from one specific vantage point. 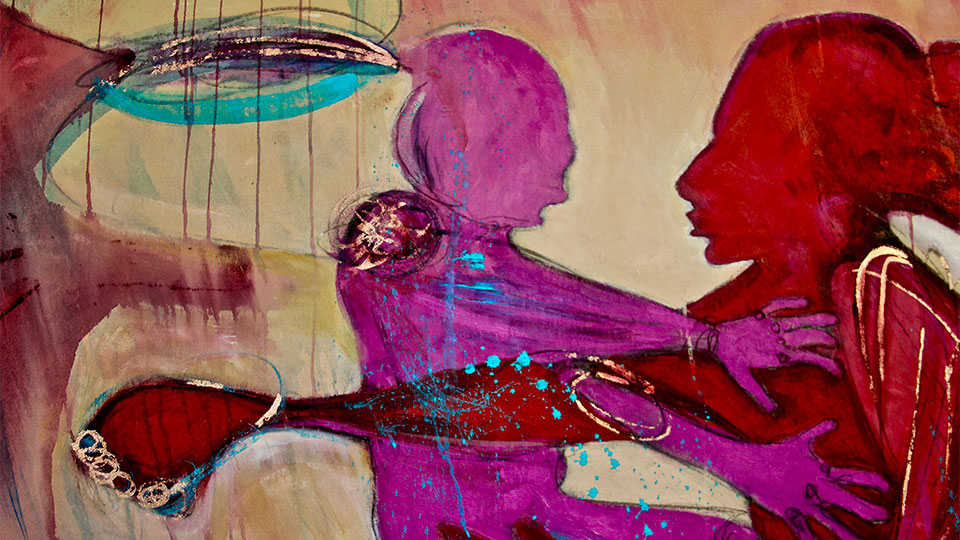 Congolese photographer, Sammy Baloji, will show a series of portraits depicting people who have just had their sight restored, which he shot in Dakar, Senegal.

Co-curator and director of Fine Acts, Yana Buhrer Tavanier, explained that the exhibition’s art-work inspires consideration for the unique ways that people see the world and “marks the first step in Project Light’s campaign to use thought-provoking artworks created by outstanding artists to increase awareness about preventable blindness.”

Co-founder and CEO of Peek Vision, Andrew Bastawrous, said: “For the first time in human history we have the potential to end avoidable causes of sight loss in a generation. The treatments exist but a low awareness and poor access to services keeps too many people from the opportunities good vision affords. This incredible collaboration of activists, artists and entrepreneurs raises awareness and challenges the very notion of vision and what it means to ‘see’.”

The exhibition is being held in the Truman Brewery, London and runs from 28 September to 7 October. Entrance is free. For more information, visit the website.