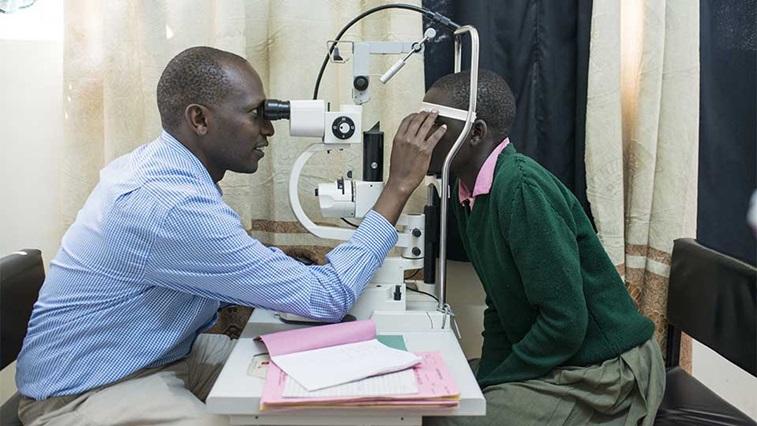 Screening children’s eyesight using a vision checking app on a smartphone has more than doubled the proportion of children attending follow-up appointments in a trial comparing it to conventional screening in Kenya.
The findings of the study, which used the Peek clinically-tested smartphone app to screen over 20,000 children in 50 schools in Trans Nzoia County, Kenya, were published in The Lancet Global Health.
The study was led by the International Centre for Eye Health at the London School of Hygiene & Tropical Medicine, and was carried out in a partnership with the Kenyan Ministry of Health.
The Peek school eye health system is an integrated smartphone screening system which includes the Peek Acuity vision check app. The app acts as a simulation tool, showing a visual comparison of the child’s sight and normal vision. As part of the system, following a referral, text message are reminders sent to parents in the local language.

Schools participating in the study were allocated to receive either the Peek school eye health or standard screening using conventional paper eye charts.
For children who underwent Peek screening, if a visual impairment was found, the child was shown their simulated sight on the smartphone and given a print-out of the image with details of their appointment to take home to their parent.
School children referred after a standard paper-based vision test received a written hospital referral letter.
Researchers reported that 54% (285 out of 531) of the children referred following Peek school eye health screening attended a follow-up appointment compared to 22% (82 out of 366) of those who received standard screening.
Ophthalmologist and lead author on the study, Dr Hillary Rono, said: “I live and work in an area of Kenya where specialist eye health workers are few and far between. It’s vital that we can use the resources we have as efficiently as possible, which is where the idea for school eye health screening came from – instead of sending highly qualified ophthalmic nurses to schools, what if the schools could accurately identify which children need further examination?”
Discussing the potential of the Peek approach to screening, Dr Rono highlighted: “More than 80% of people in Kenya own a mobile phone – more than those who have access to clean water -–so it makes sense to use this technology to improve the efficiency of our health care system.” 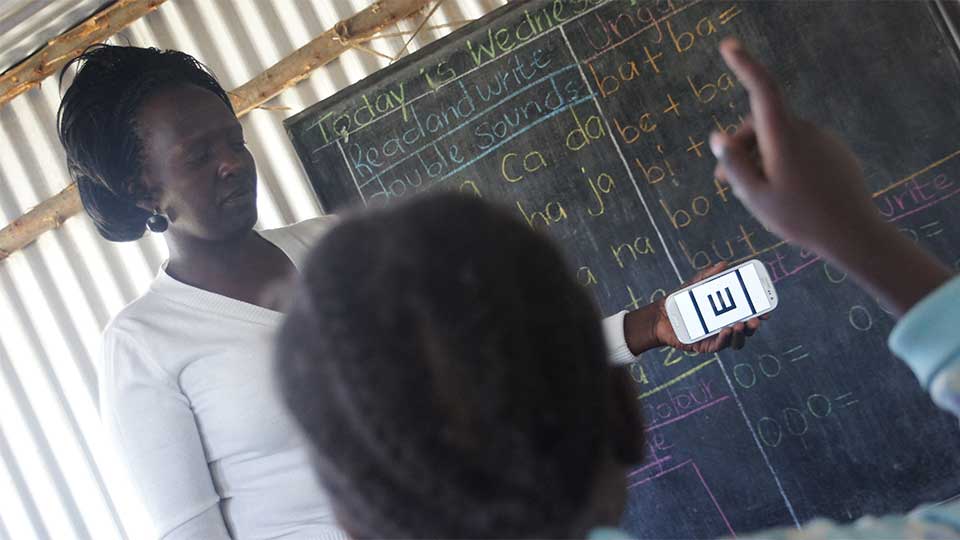 Study authors identified limitations in the screening, with the Peek screening intervention identifying more children with visual impairment than the standard test. Furthermore, more children were referred who were not subsequently found to have visual impairment.
In order to reduce the number of false positives, researchers have suggested that additional tests could be incorporated into the screening programme, with a referral only triggered if a child fails two out of three tests.
On analysing the study results, researchers reported that allergic eye disease was frequently diagnosed in children who showed up through the Peek screening as false positives. As a result, its suggested triage services are established to assess all those who are screened positive. During this step minor ailments and refractive services could be provided, and referral only triggered for those who require further investigation.

The Peek school eye health system has been developed for sustainable eye care by Peek Vision, a social enterprise which spun out from LSHTM in 2015. Co-founder and CEO Dr Andrew Bastawrous came up with the idea for Peek while conducting his PhD research in Kenya in 2011–2012.
Dr Bastawrous said: “Peek has used the findings from this trial to further refine and improve its eye health screening systems. Importantly, it has led to adoption, replication and expansion so that more people can be screened efficiently and accurately.
“The triage system recommended in this study has been developed for an updated Peek system which is being used for nationwide screening in Botswana, so the impact of the research is clear.”
The trial was funded by The Queen Elizabeth Diamond Jubilee Trust, Seeing is Believing, Operation Eyesight Universal and the Wellcome Trust.
Image credit: Peek Vision