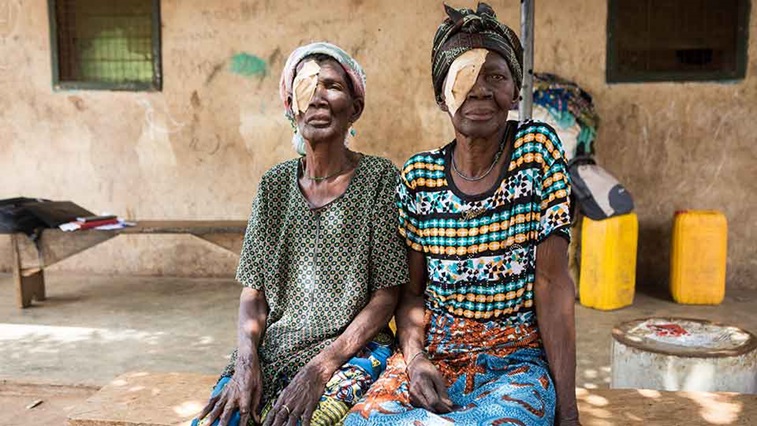 Ghana has become the first sub-Saharan country in Africa to eliminate trachoma, the World Health Organisation (WHO) has confirmed.

In 2000, it was estimated that 2.8 million people in the country were at risk of trachoma. However, it was announced yesterday (13 June) that the eye disease is no longer a public health problem there.

Sharing the news, the WHO cited its partnership with the Ministry of Health and the Ghana Health Service, pharmaceutical companies and more than 20 non-governmental organisations, as well as members of the International Coalition of Trachoma Control, as key to the achievement.

In partnership, the bodies have delivered the WHO-endorsed SAFE strategy in the country. The SAFE strategy encompasses surgery, antibiotics, facial cleanliness and environmental improvement. As a result, over 6000 people received potentially sight-saving surgery and 3.3 million doses of the antibiotic Zithromax, which was donated by Pfizer, was administered to helped treat and protect people from infection.

Reflecting on the achievement, director general at the WHO, Dr Tedros Adhanom Ghebreyesus, said: “It’s been 20 years since the global health community committed to eliminating trachoma worldwide. Although there’s more work to do elsewhere, the validation of elimination in Ghana allows another previously heavily-endemic country to celebrate significant success.”

International charity Sightsavers is a member of the International Coalition of Trachoma Control and has supported the project in Ghana. Its director of neglected tropical diseases, Simon Bush, said: “Through collaboration, determination and sheer hard work, Ghana has eliminated a painful eye disease which has devastated the lives of millions of its most vulnerable people for years, despite being completely treatable and preventable.”

Mr Bush said that the achievement was only possible because a global alliance had worked together. “It is important to celebrate this landmark in global health, but the fight does not end here,” he emphasised. “Many other countries are on the cusp of elimination and must continue to push for the elimination of trachoma – and other neglected tropical diseases – across the world,” he added.

According to statistics, around 200 million people in 41 countries are at risk of trachoma, while the vast majority of these people live in Africa.

Trachoma is an infectious condition spread by flies and human touch. It starts as a bacterial infection and if left untreated can cause irreversible blindness.