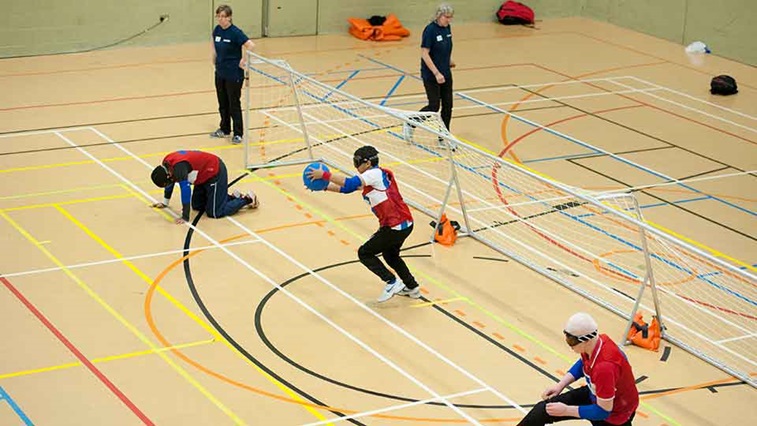 The Worshipful Company of Spectacle Makers’ (WCSM) charity has awarded a £30,000 grant to Goalball UK, the national governing body of the sport for visually impaired people.

It is the first three-year grant issued by the charity, which will help Goalball UK expand its presence in London, raise awareness and support talent development.

Chair of the WCSM charity, Dr Natalie Briggs, said: “We were delighted by the number of applicants for our new three-year grant and I am pleased to announce it has been awarded to Goalball UK. We will be supporting Goalball UK to increase both the awareness and availability of this exciting sport, played mainly by blind and partially sighted people.”

The grant will also establish sustainability measures for each new club created through partnerships and affiliation to Goalball UK, ensuring future funding.

CEO of Goalball UK, Mark Winder, explained that there is a shortage of clubs in London and the grant will help address this need.

“All too often, visually impaired people struggle to find challenging and enjoyable activities. This can be especially upsetting for those who lose their sight later in life. For example, Laura Perry was a keen rugby and cricket player before becoming visually impaired aged 18. She now plays goalball internationally with the women’s GB team,” Mr Winder said.

Goalball was originally developed to rehabilitate soldiers after WWII and is the only Paralympic team sport invented specifically for people living with a visual impairment.

Played on an indoor court with raised markings on the floor, blindfolds are used to ensure an even playing field, with players aiming to score goals by locating the ball through sound.

The first London goalball club, the London Elephants, was launched two years ago and within six months, it had 58 individual participants.

The WCSM highlighted that there are 420 people in Greater London aged between five and 49 registered blind or visually-impaired. In the past four years, participation in the sport has increased 425%.

The charity has a 22-year history of providing awards to improve the lives of people with sight loss.

Master of the WCSM, Felicity Harding, added: “I am delighted our charity has taken the step of extending its range of giving to include a three-year grant and I am look forward to following the success of this project.”