Thousands of children in special schools across England are missing out on sight tests, new research from SeeAbility reports.

Around 100,000 children attend special schools in England and statistics show that these children are 28 times more likely to have a serious sight condition. Research by the national sight loss charity revealed that while up to half of these 100,000 students will have a sight impairment, 40,000 children have never had a sight test.

These findings show that many children who “desperately” need glasses are going without and that this can impact on their ability to learn, play and socialise, SeeAbility emphasised.

The charity is calling on NHS England to reform community eye care for children and adults with learning disabilities. Among changes, SeeAbility is calling for an adjusted eye test in special schools.

It stresses “failure to target these high-risk children with eye care they are able to access is causing unnecessary vision impairment and putting eye sight at risk.”

To date, SeeAbility has provided 1200 school children in England with adjusted eye tests.

Collecting data as part of the largest global study that is actively reporting on the eye care needs of children with learning disabilities, SeeAbility has found that nearly half of children tested had a vision problem (47.5%) and a third needed glasses (31.7%). Furthermore, four in 10 had no history of eye care (43.7%).

The full findings of the new Children in focus report were published today (2 May) as part of the charity’s Equal right to sight campaign.

While all children in England are entitled to a free NHS eye test annually, SeeAbility says children with learning disabilities are often unable to access or cope with standard eye tests performed on the High Street. 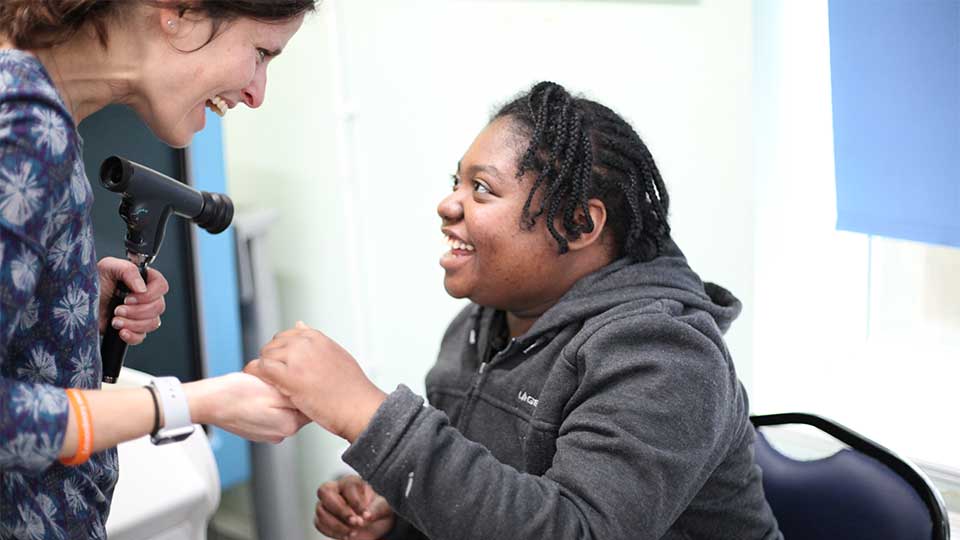 According to SeeAbility, many parents are unaware that children with learning disabilities are at an increased risk of vision problems, while those who are do not know where to go to have a sight test their child can ‘cope with.’

The charity believes that its model for sight testing in special schools could reduce the use of hospital eye clinics that are increasingly under pressure.

Sight tests in the school setting are less stressful, incorporate dispensing and repairs and reduces the time they miss in school, the charity highlighted.

It costs SeeAbility £135 to provide an adjusted eye test and glasses, yet it is currently doing this on standard NHS funding of £21.31 per eye test, subsidising the remainder through fundraising.

CEO of SeeAbility, Lisa Hopkins, said: “Our research clearly shows that thousands of children with learning disabilities are not getting the basic eye care they need and which they have a right to access. Many are living life in a total blur, unable to see clearly for want of a simple pair of glasses. This is something that goes on to affect their entire lives, including their ability to learn, make friends and reach their potential.”

“In light of this alarming new evidence, we implore NHS England to stop dragging its heels and introduce the reforms needed. This is a major health inequality which NHS England has a responsibility to address and fund appropriately,” she concluded.