Research is being carried out into how Charles Bonnet Syndrome affects the brain. The founder of Esme’s Umbrella, Judith Potts, tells OT  why there is a greater need for understanding of the condition within the profession

Charles Bonnet was a Swiss lawyer, but he is better known as a naturalist and philosopher. In 1760, he documented the experiences of his grandfather, Charles Lulin, who had cataracts in both eyes and very little sight.

Mr Lulin began to see images of ‘men, women…scaffold patterns and physically impossible circumstances’ despite the fact that he was ‘full of health. All these visions appear to him in perfect clarity and affect him as strongly as if the objects themselves were present.’

Until Dr Dominic ffytche, of King’s College London, published his ground-breaking research in 1998, the door on Charles Bonnet Syndrome had been firmly shut. Since then, Dr ffytche has continued his work and been joined by Dr John-Paul Taylor at Newcastle University.

Last month, Dr Greg Elder – also at Newcastle – won the small grant award offered by Fight for Sight and The Thomas Pocklington Trust, in conjunction with Esme’s Umbrella. This will be a huge step forward. Dr Elder’s research will compare the brain of someone with sight loss and Charles Bonnet Syndrome (CBS) with that of someone with similar sight loss, but no CBS. The results might point towards successful treatment.

This has come too late for my mother, Esme, whose tormenting hallucinations plagued the final years of her life. But for others, the fact that the condition is being taken seriously helps raise their spirits. So many people who call my helpline tell the same story – like Esme, they were not warned that CBS might develop.

"The door on CBS is now open, so we must ensure that no one is left to cope alone in a world of vivid, silent, visual hallucinations"

Having spoken to numerous ophthalmologists and optometrists, there appear to be three reasons for this omission. First of all, it is not easy to communicate bad news and they are concerned that issuing a warning would alarm patients, perhaps unnecessarily; secondly, there are no medical consultants in the condition, so there is no one to whom the patient can be referred; and thirdly, there is no specific medication to alleviate the hallucinations. Consequently, the conclusion was to say nothing.

To these reasons, I would add two more. People who develop hallucinations are so fearful of this being a mental health issue that they are reluctant to confide in anyone – or, if they do, they make light of the condition. Perhaps this is why I hear the line ‘…but the hallucinations aren’t real so why all the fuss?’ spoken by ophthalmologists, optometrists and GPs who do not understand the negative effect on quality of life.

However, once I describe the challenge of eating and drinking, when food is perceived to be covered in writhing worms and slugs floating in drinks; the possibility of a fall after the sudden appearance of a brick wall, a pit bull terrier or the whole room morphing into a fast-flowing river; or the person becoming house-bound because it is impossible to decide what is real and what is not, the reaction is one of horror and a realisation that this serious side effect of sight loss has been misunderstood. There has been no one to put the case forward for the patient – until I launched Esme’s Umbrella. 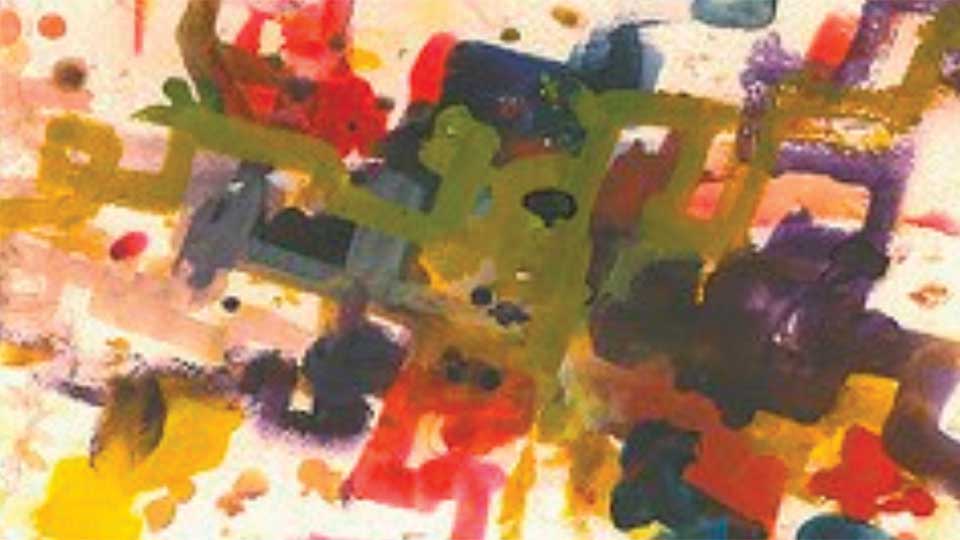 After a long discussion with Dr Mike Burdon, president of the Royal College of Ophthalmologists, there is a promise in place that every member of the College must give patients with sight loss a warning that CBS might develop. It might not, but forewarned is forearmed and if a giant rat should skip across the floor, a second world war soldier appears or grotesque faces dance by, knowing it is probably CBS would give a little comfort. The same support has come from the College of Optometrists and the General Optical Council. GPs are next on the list. Next year there will be the first-ever patient study day hosted by Moorfields Eye Hospital.

The isolation and depression that can be caused by CBS must not be underestimated. My aim is to find funding for a series of sanctuaries – called Esme Rooms – in every sight loss charity, High Street optometrists or opticians, where people with CBS can find nurses, counsellors, therapists and share experiences. The door on CBS is now open, so we must ensure that no one is left to cope alone in a world of vivid, silent, visual hallucinations.

For further information on CBS, visit the Esme’s Umbrella website.