Gordon Mills, 96, tried skiing for the first time, adding to a list of adventures that includes air ballooning, paragliding and abseiling

Sight loss has proved no barrier to an adventure-packed life for nonagenarian, Gordon Mills.

After trying his hand at air ballooning, paragliding and abseiling, the 96-year-old stepped up to a new challenge at the Midlothian Snowsports Centre — learning how to ski.

“It was a little harder than I imagined, but extremely worthwhile,” Mr Mills said.

“My lack of sight was a bit of a challenge, but the feeling was quite amazing,” he added.

Mr Mills’ instructor, Lauren Henderson, from Disability Snowsport UK, said that the great-grandfather of six was the oldest novice skier she had instructed.

“I was so impressed. To try skiing for the first time at 96 is an incredible thing and he really rose to the challenge,” she shared.

Mr Mills served in the Royal Airforce from 1941 to 1946. He developed age-related macular degeneration around two decades ago and joined Scottish War Blinded in 2014. 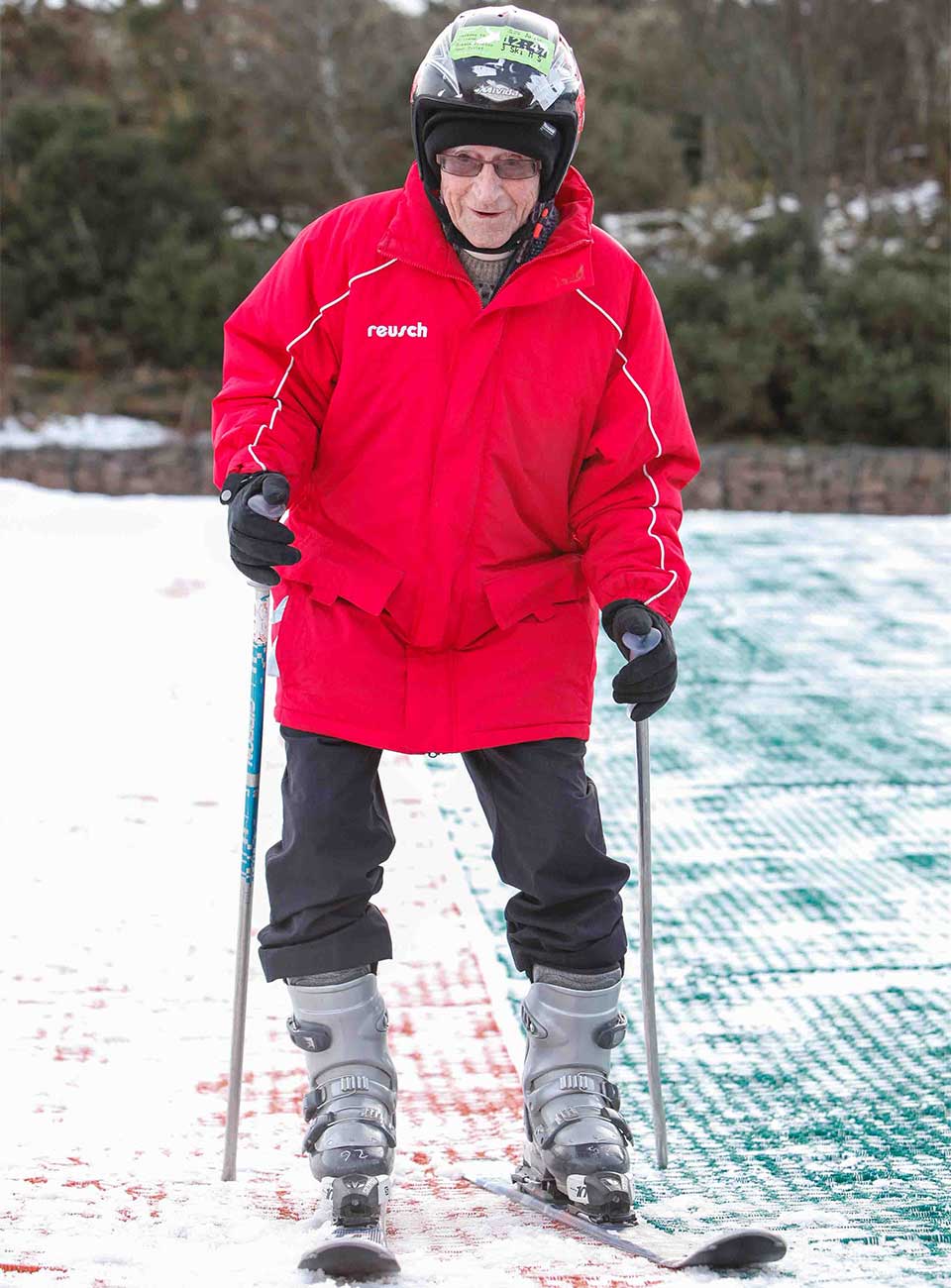 The charity gives free support to former service men and women of all ages, regardless of whether they lost their sight during or after service.

“Gordon is a real inspiration – our very own James Bond,” she added.

“He’s also a truly lovely person and I’m so glad he was able to tick this activity off his bucket list,” she concluded.

“Nothing fazes him. He’s more afraid of wasps than he is of extreme sports,” she shared.

Mr Mills highlighted that people should not let age stop them from achieving what they want.

“It’s like what George Mallory said when questioned why he wanted to climb Mount Everest – ‘because it’s there’.”