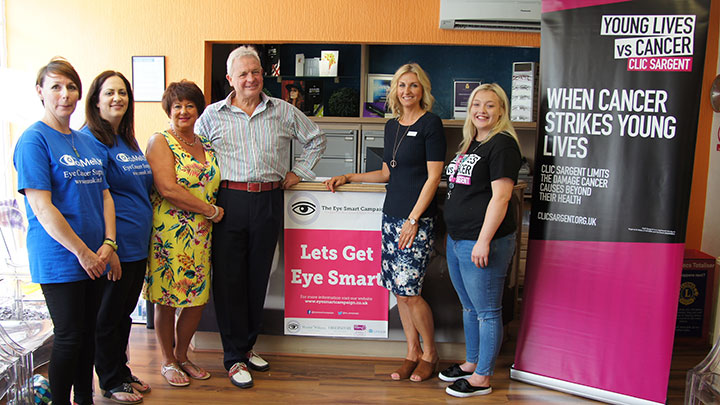 Two national charities have joined forces and are calling on the public to support a campaign that aims to raise awareness of the importance of regular sight tests.

Children’s cancer charity, CLIC Sargent, and a charity run by eye cancer patients, OcuMel UK, have stressed the importance of the eye care messages highlighted in the Eye Smart Campaign.

The Eye Smart Campaign was launched earlier this year by independent practice, Wardale Williams, and its sister company, Observatory the Opticians. The initiative was established after two of the practice’s patients were diagnosed with cancer when signs were detected during routine eye examinations.

Retired policeman Ralph McMurray is one of the two patients at the centre of the campaign. Mr McMurray was diagnosed with ocular melanoma following his first-ever eye examination at the age of 66. He subsequently had to have an eye removed.

The campaign is also backed by the family of Keira Dixon, who was diagnosed with a brain tumour following an eye examination at Wardale Williams in 2015. Keira had life-saving surgery within five days of being referred to hospital and is still receiving ongoing treatment for her condition.

Backing the campaign, operations manager at OcuMel UK, Jo Gumbs, highlighted: “Having regular eye tests can help with early detection of ocular melanoma and we hope people will take notice of the vital messages which will be highly publicised throughout the Eye Smart Campaign.”

The campaign is being supported by all Wardale Williams practices, which has branches in Sudbury, Haverhill, Ipswich, Southwold, Beccles, Halstead, Leigh-on Sea and Muswell Hill.

The campaign will see information literature available in all practices, with a number of public awareness and fundraising events held throughout the year. The proceeds raised will be divided equally between CLIC Sargent and OcuMel UK.

For more information about the campaign, visit its website.