Two charities are asking, How Do You See Scotland? 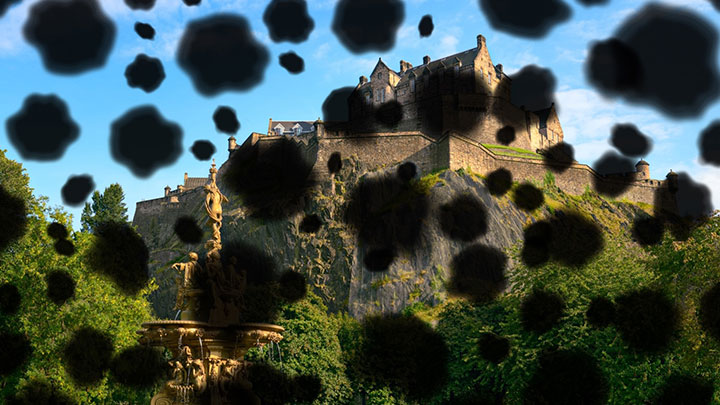 The How Do You See Scotland? campaign seeks to raise awareness of diabetic retinopathy and the importance of attending regular screening appointments.

Director of RNIB Scotland, Campbell Chalmers, explained: “Retinopathy is the single biggest cause of preventable sight loss among working-age people. That’s why it’s so important that everyone with diabetes attends the eye check-ups that are an essential part of their diabetes care.”

“During National Eye Health Week, we want to urge people to take care of one of the most precious things we have – our sight,” Mr Chalmers added.

The campaign is being supported by actor, Brian Cox, who has narrated a 90-second film, which will be shown in Scottish cinemas this week.

The film features images of Scotland’s scenery that slowly become obscured by dark blotches to mimic the effects of diabetic retinopathy.

Mr Cox, who is best known for his roles in the Bourne films and the upcoming Churchill film, lives with diabetes.

As part of the campaign, he stressed the importance of attending regular check-up appointments: “Sight loss is a potentially devastating complication of diabetes, which can develop if people are not supported to manage their condition well.”

“However, regular retinopathy screening means that changes to the eye can be detected early enough to allow treatment, which can prevent further deterioration and irreversible damage,” he said.

“Don’t lose sight of what’s important – get your eyes checked,” the actor added.

Diabetic retinopathy occurs when the eye’s blood vessels start to leak or become blocked. This can lead to loss of central vision or blindness, RNIB Scotland explained.

Figures from the Scottish Diabetes Survey 2016 found that over 42,000 of the 287,336 people that are eligible for screening in Scotland do not have any record for the past 15 months.

National director of Diabetes Scotland, Jane-Claire Judson, said: “We need to understand why people are not attending their screening appointments and what can be done to remove these barriers.”

“We hope the How Do You See Scotland? campaign will raise awareness of the issue and encourage more people to attend this essential diabetes healthcare service,” Ms Judson added.