One in five will live with sight loss in their lifetime

One in five people will live with sight loss in their lifetime despite half of all cases being avoidable, a new report from the Royal National Institute of Blind People (RNIB) and Specsavers has revealed.

The report found that 250 people in the UK start living with sight loss every day, and that women are at greater risk of developing sight loss in their lifetime than men.

One in four women are at risk, compared to one in eight men, who the report highlights tend to live shorter lives than women.

The State of the Nation Eye Health 2017: A Year in Review report also revealed that although six million people in the UK live with a sight-threatening condition, 25% of people are not having an eye test every two years as recommended by the College of Optometrists.

Acting chief executive officer of RNIB, Sally Harvey, said: “Almost 80% of people living with sight loss are over the age of 64, so with an ageing population that is expected to retire later, more of our national workforce will be impacted by sight loss.

“Alongside rapidly growing demand for eye care services, and capacity problems in some clinics at a time of growing budget deficits, we are facing an extremely challenging time for eye health in the UK, and we must take action now,” she added.

Other findings from the report include that sight is the nation’s favourite sense, with 78% saying that it is the sense they fear losing the most, ahead of smell (8%), and hearing (7%).

A quarter of people are ignoring the first signs of sight loss, despite not being able to see as well in the distance or close up as they used to, RNIB and Specsavers revealed.

RNIB and Specsavers also found that 80% of people are not aware that an optician can spot the early signs of cardiovascular disease. 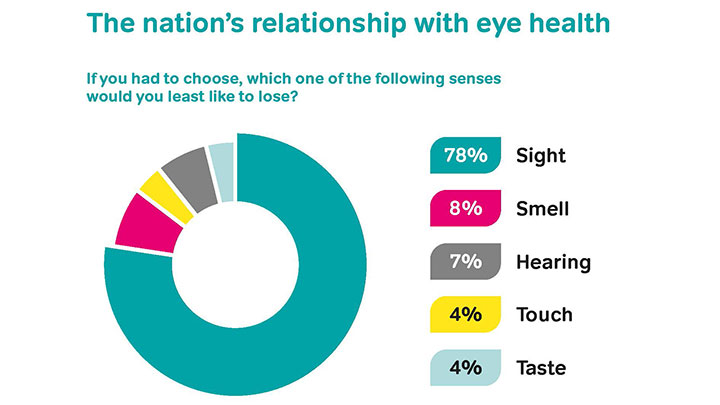 More to be done

The report has been launched ahead of National Eye Health Week (18–24 September) and is the second since RNIB and Specsavers partnered in 2016 to raise awareness of eye health in the UK.

However, Specsavers founder, Doug Perkins, believes there is more that needs to be done to improve the nation’s eye health.

“We are calling on political leaders, senior decision makers in health and social care, and local champions to work together to ensure that people receive timely treatment to prevent avoidable sight loss,” he explained.

Mr Perkins urged that without this leadership, the eye health crisis will continue to worsen.

“Patients’ sight will be put increasingly at risk, deepening the economic burden that we already estimate will rise from £28 billion today if nothing is done now,” he said.

Ms Harvey added: “We will continue to press for integrated services and effective referral and treatment for local communities as a key way of tackling the capacity problems in hospital eye departments. We will champion active planning that is based on the eye health needs of local communities and we will present conclusions from our policy roundtables to a parliamentary inquiry on eye health services.”

The RNIB and Specsavers campaign includes a multi-million-pound investment in marketing, nationwide fundraising and a tour of the UK with their simulated sight loss experience – the Eye Pod. 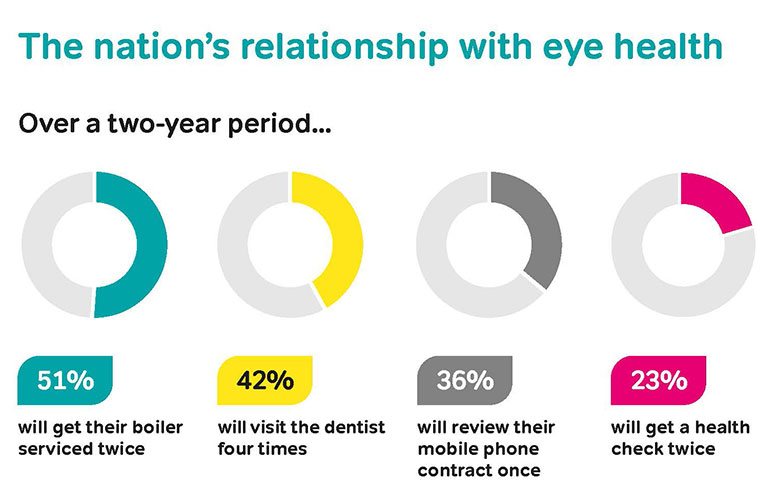 An ambassador for eye health

TV presenter and journalist, Anne Robinson, is the eye health ambassador for this year’s campaign. In the report, she described the sight loss problems experienced by her father, who had cataracts removed after being referred by an optician.

“Neither of my parents went for regular eye tests. My father had been a teacher all of his life until he retired. Reading, as it is to all of us in our family, was terribly important. He’d missed out on reading newspapers and books,” she said.

“Sometimes, as you get older, you don’t admit that you’re struggling. Looking back, he clearly knew something was wrong. With the cataracts gone he could read comfortably again.”

“I now know that all of us, from the age of three, should be having our eyes tested regularly because of what an optician can detect,” Ms Robinson added.

The joint report was unveiled at an event hosted today in London.