Multiple receives a makeover in the form of giant waving spectacles

The iconic Specsavers logo has received a makeover in preparation for Red Nose Day on Friday 24 March.

To celebrate the day, 10 of the multiple’s High Street stores have received makeovers with giant replicas of the fundraising Red Nose Day spectacles installed.

Retail director at Specsavers in Preston, Christopher Shore, said: "Our giant Red Nose Day specs look brilliant. They have totally transformed our store and we’ve had a great reaction from passers-by." 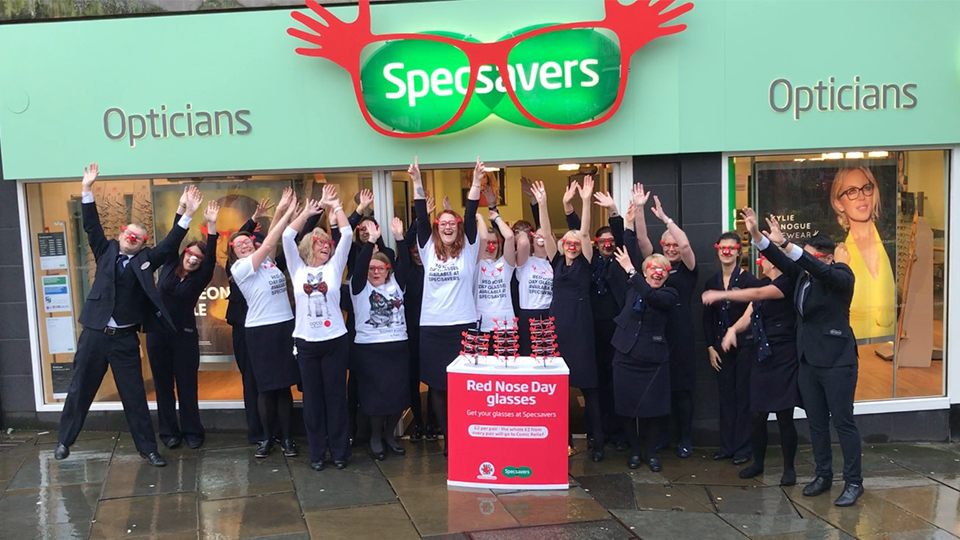 Customers who are not close to a decorated store will still be able to participate however, as special edition Red Nose Day spectacles will be available in Specsavers stores nationwide.

The spectacles, which come in sizes for adults and children cost £2, with all the money raised going to Comic Relief.

“We are encouraging everyone who buys a pair of the real Red Nose Day glasses to join in on a giant Mexican wave on social media as well. Simply strike a pose with your specs and post with the #GiveUsAWave to receive your very own wave back,” Mr Shore added.

Specsavers stores nationwide have joined forces to support Comic Relief by pledging to raise at least £250,000 this Red Nose Day to help change lives, in the UK and across Africa.