Long road ahead for novice cyclists 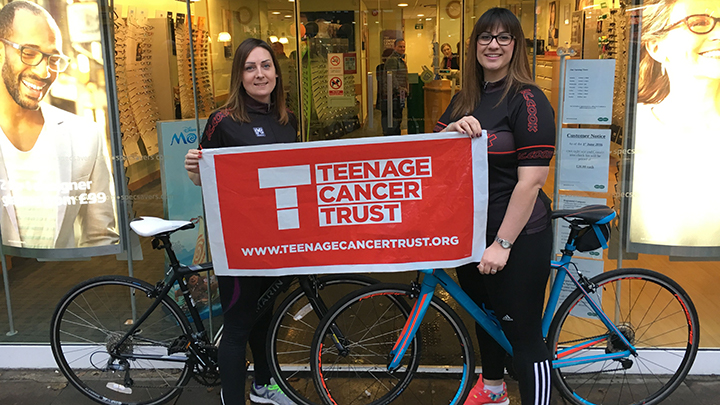 A pair of fledgling cyclists will set out on an ambitious 214-mile journey to raise funds for a cancer charity.

Specsavers Opticians Cleethorpes employees Lucy Bell, 26, and Katie Sandall, 35, will attempt to cycle from London to Paris over four days in July.

The duo hope to raise £3000 for the Teenage Cancer Trust – a charity that the pair selected after Ms Bell’s cousin, Joseph Catley, died from bone cancer aged 16 in December.

Ms Bell, a training dispensing optician from Specsavers in St Peters Avenue, explained how the pair had only just begun their cycling preparation ahead of the fundraising trip.

“Katie and I are really looking forward to this challenge although we’ve obviously never done anything like this in our lives before,” she told OT.

“We’re training hard though because we’re determined to succeed for Joseph and for other teenagers currently facing up to cancer,” she added.

Teenage Cancer Trust provided assistance to Ms Bell’s cousin and his family when he became unwell.

Ms Bell told OT that she couldn’t thank the charity enough: “It was just fantastic. They help people when they’re going through such a hard time. It’s nice to know you’ve got support there.”

Cleethorpes Specsavers store manager Kerri Lister highlighted that the practice would be fully behind Ms Bell and Ms Sandall in their fundraising effort.

“Both are very fit but they will be training hard because neither is a regular cyclist.”

Donations can be made at the Just Giving website.