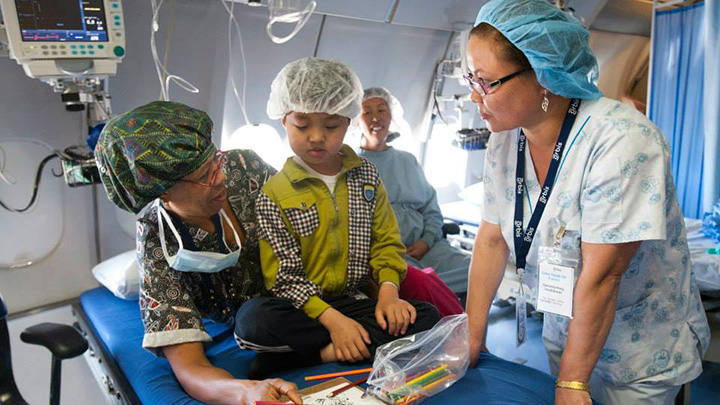 International eye care charity Orbis has invited members of the public to take a virtual tour of its Flying Eye Hospital, an aeroplane that has been adapted to serve as a mobile teaching hospital.

The 360-degree tour can be experienced on a mobile phone, tablet or desktop computer. It allows the viewer to direct themselves around the aircraft, navigating through the various sections of the plane including the operating theatre, patient recovery room and the on-board classroom.

By touring the plane, viewers will gain insight into how the plane helps Orbis save sight and enables volunteers to train local medical professionals.

The Orbis Flying Eye Hospital made its first flight in 1982 and over the years it has visited 78 countries around the world and supported the training of thousands of doctors and nurses and provided sight-transforming treatments. In June last year, Orbis unveiled its new ‘Third Generation’ Flying Eye Hospital that the charity hopes will have “an even greater impact, preventing many more people from going needlessly blind.”

The virtual tour was created probono for Orbis by Charles Mansfield-Osborne of virtual tour and VR photography company StreetVisit.