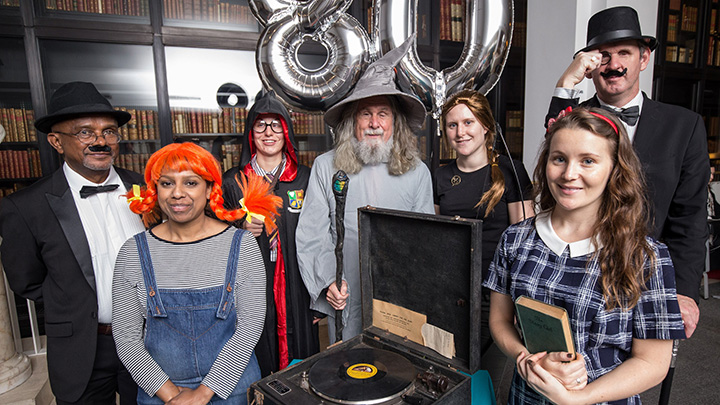 The Royal National Institute of Blind People (RNIB) has announced a three-year partnership with publisher HarperCollins to help it improve accessibility of its Talking Books to blind and partially sighted people.

Through the partnership, the charity’s Talking Books Library will receive every audio recording of new titles published by HarperCollins free of charge. The publishers will also make available in audio format their entire backlist of more than 2000 titles.

Blind and partially sighted people who subscribe to Talking Books will now have access to any trade book from HarperCollins, including current bestsellers by authors such as George RR Martin, David Walliams, Max Hastings and Michael Morpurgo.

Commenting on the partnership, head of solutions, strategy and planning at RNIB, Steve Tyler, said: “At the RNIB we feel passionately that reading can change the lives of blind and partially sighted people, and we work hard to find new ways of making all books available in all accessible formats at the same time as mainstream publication.”

“We are delighted that HarperCollins has chosen to support RNIB Talking Books and help improve accessibility through our library, we hope that other publishers will follow their lead,” Mr Tyler emphasised.

Talking Books currently has more than 38,000 members, with over 8000 joining since November 2015, when the service became free for all blind and partially sighted people in the UK.