A special event to celebrate the end of the academic year in 2020 was needed, but what to do and how during COVID-19? Student optometrist Caroline Mansfield explains all to OT 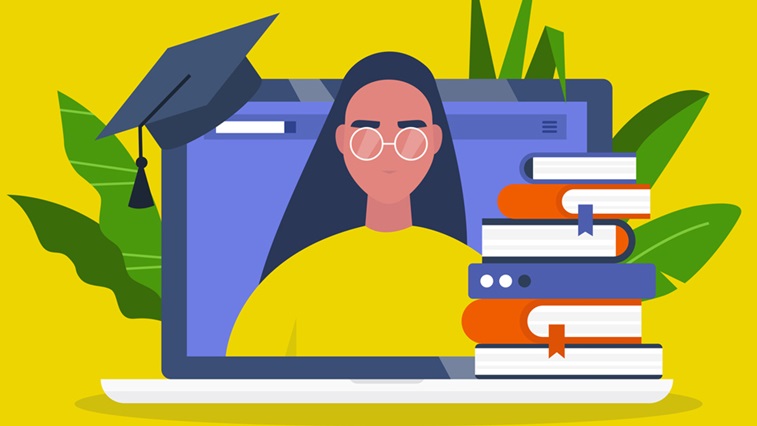 What was your goal – and what was the inspiration behind it?

In June, the Plymouth Optometry Society (OpSoc) hosted an event called 06/06-20/20. This was a date that matched the metric and imperial unit standards of visual acuity. Even though the event was unfortunately postponed to the 16 June, the impact was remarkable.

Optometry students across the UK took part to mark to the end of the exam season and raise awareness for their local sight-loss charities. This event gave the students something positive to take away from our time under lockdown and was a special way to celebrate the end of the year together, even though we were miles apart.

Our aims were simple: keep students connected during the lockdown and have some fun; recognise the good work that optometrists of the UK are doing during the crisis; and raise awareness for local sight loss charities.

What were the challenges you faced?

Having been heavily involved in the organisation of the OPFEST competition for the past two years, I know how difficult it can be to get a lot of students from all over the place under one roof. The irony was that in sending the optometry students home, the pandemic made it easier to come together and unite through social media.

I think the fun we had and the connections we made will mean optometry societies will find it easier to come together in the future. As the event was organised on social media, the presidents of the OpSocs now have a group chat so that they can make decisions and communicate more readily.

How did students get involved on the day?

The outreach for the event was bigger than we had ever hoped. We were delighted to receive interest for the event as far away as Bangladesh and Canada. We also had a future optometry student ask for advice before making the transition to university.

As part of the event, we asked people to go on to social media using the #OptomsUnite hashtag to name a local sight-loss charity that deserved support. Not only did this make students aware of the charities, but also raised awareness with friends and family that see the posts. Hopefully, this will lead to more support for these sight-loss charities in the future.

We also produced a music video to mark the event (Blinding Lights, Weekend) that showcased not only the students that have been sent home due to COVID-19, but also the incredible work that optometrists have been doing to relieve the strain from the NHS. We would like to thank Ophthalmic Consultants London (OCL) for getting involved. The music video can be found online.

What were the highlights during day?

The UK University Competition was one of the most popular events. Students and lecturers sent in submissions and the universities got points for people participating and winning different categories. The finalists for the competitions can be seen on the Optoms Unite Instagram/ Facebook page.

Plymouth University’s initial celebration involved an interactive quiz and challenges for the members to do throughout the day. ‘The Battle of the Presidents’ between Euan Hamilton and Benjamin Hunt-Deol went down very well with students.

The Hoya-sponsored optometry-themed ‘Bake off’ enabled students to show off the baking skills that they had been honing during the lockdown, and related it to optometry. Charlotte Acton from the University of Plymouth won with her gingerbread lens set. This wowed the judges and bagged her a £100 Amazon gift voucher.

In the evening, Out of The Box Optics hosted an interactive quiz for students across the UK. The winner, Caleb Owens, won £80 for Glasgow Caledonian University’s chosen sight-loss charities (Visibility Scotland, Scottish War Blinded and Reverse Rett).

It sounds like the event was a big undertaking?

Yes, the event took a lot of work to plan and execute, and the team would like to thank Nadia Makada and Huma Khan for taking on both the #OptomsUnite platforms and managing Plymouth OpSoc’s social media, Sushil Kumar for producing the music video, and Euan Hamilton and Benjamin Hunt-Deol for their role in engaging companies and hosting the event. We would also like to thanks Andy Sanders from Hoya for initiating the sponsorship of the Bake Off, Gajan and Karmelo from Out of the Box Optics for hosting and awarding the prize for the inter-university quiz, and Wendy Steele and her AOP colleagues for advice and help to make the event bigger and better.