I’m nine years old and I first started wearing glasses when I was one. My parents noticed that my eye was wonky and I kept on falling over. I feel quite good about my glasses now, but I used to feel uncomfortable. I used to get worried about what other people would think about glasses. I wondered if people would make fun of me.

I wrote a letter to the Disney chief executive Robert Iger because I saw that there were no Disney princesses with glasses. The characters with glasses were called geeks and nerds. I don’t think that is fair. I want other little girls around the world to have a role model with glasses. If there is a person with glasses who they can look up to then they will know that people with glasses are beautiful. It would make children less worried about what other people think, like I was. 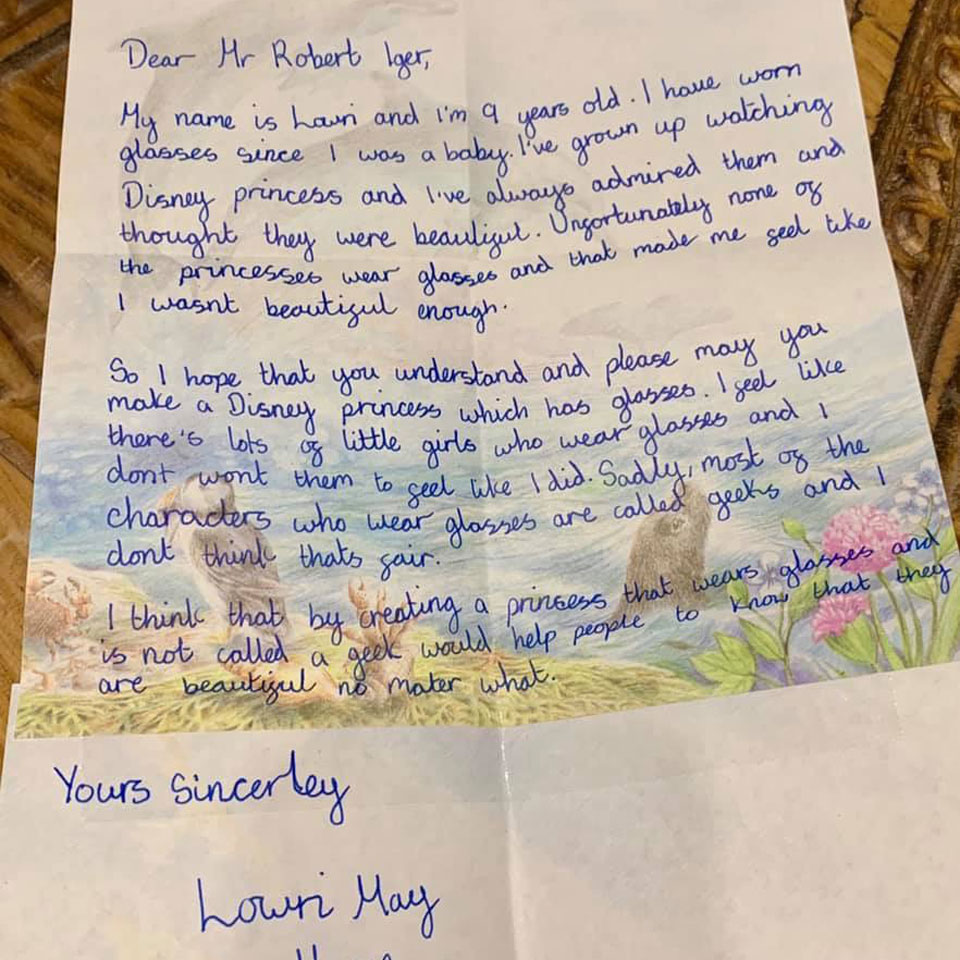 The letter Lowri Moore write to the chief executive of Disney
In TV programmes, I noticed that characters take off their glasses when they want to look beautiful so when I wore dress ups, I would take my glasses off. In the show Princess Diaries, there is a girl with curly hair who wears glasses. To be a princess, the guy just took her glasses off and broke them. I think that is quite mean. Without my glasses I can’t really see. I have friends who wear glasses but they only wear them some of the time. I wear my glasses all the time.

The only emojis that you get with glasses are the nerdy emoji and the teacher emoji. Perhaps there could be a princess emoji wearing glasses or other emojis with people just casually wearing them. 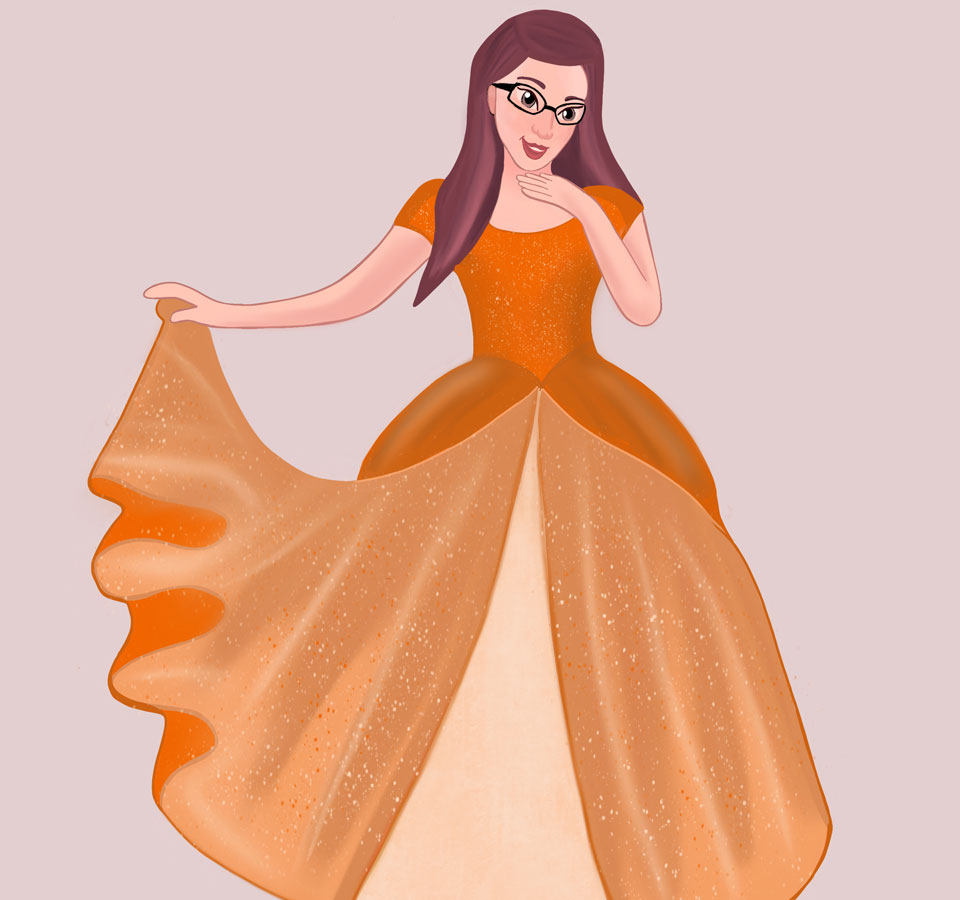 Disney Princess with glasses
There is an illustrator from Nottingham called Natalie Owen who created a Disney-style princess for me with glasses. We have it in a frame at home. The princess has an orange and gold dress with sparkles. She has long, purply brownish hair and she is really pretty. Now I am writing a story about her and Natalie is illustrating it.

It went from a small innocent letter to a campaign

I’d like to say to little girls that they are beautiful no matter what. They don’t have to be worried about what they look like and what kind of glasses they have. My glasses are circular and black. My other pair is tortoiseshell and grey. I like square shapes too but at the moment I’m in love with circles. I don’t remember how many pairs of glasses I’ve had. I haven’t kept them all because we recycle them through a charity who gives them to other children who might need them.

Since I wrote the letter, lots of people have contacted me. We have heard from newspapers, magazines, Spanish television and Good Morning Britain, and I’ve spoken at a global conference with the charity Clearly. I was surprised. It went from a small innocent letter to a campaign. All I wanted was to make a difference, and now I have.


Lowri Moore is a school pupil based in Nottingham. She was invited to speak at the 2019 Sightgeist conference, hosted by global eye health charity Clearly in March alongside Professor Brian Cox, James Chen and June Sarpong, MBE.