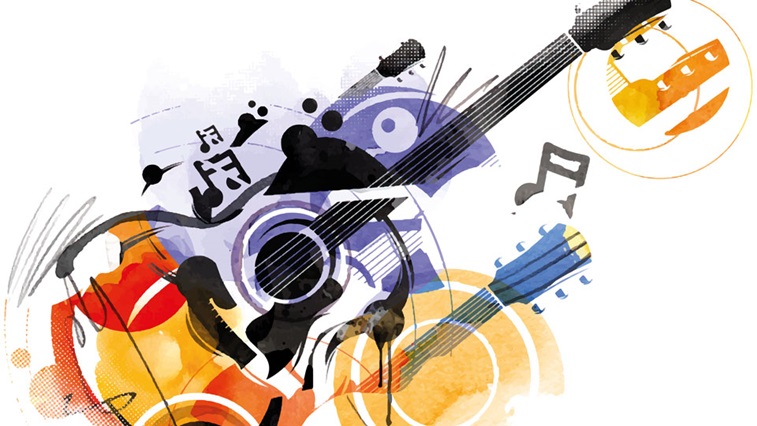 I have 13 guitars in my collection at the moment, including four or five electric guitars that I have built myself. There is a guitar in most rooms of the house – I’m lucky to have an understanding wife. I still have the first guitar I saved for, although it is fairly battered now. It has mellowed with age so it has a lovely tone to it.

I started playing gypsy jazz about eight years ago. It is based on swing jazz from the 1930s and 1940s: Django Reinhardt and the Hot Club de France. It’s happy, toe-tapping music that was originally written as dance music.

What does music give me? Escape. I start and finish every day with my guitar

Workshop in the woods

A lifetime highlight was to sit in a forest around a campfire playing jazz with Django Reinhardt’s grandson, David Reinhardt. I arrived at the location of a workshop organised by a friend and found a circle of chairs with a single man playing the guitar. I don’t speak French very well and David doesn’t speak English but he looked at my guitar and he just nodded. Five minutes later I am jamming with the grandson of Django Reinhardt in a gypsy camp on my own.

What does music give me? Escape. I start and finish every day with my guitar. I get up, drink a cup of tea and play for half an hour in the morning. I play every evening before bedtime. I get lost inside it.

I play in front of an audience occasionally but it is mainly something for me that I enjoy doing. One of the things my music teacher says is that it is like climbing a ladder but you never get to the top. There is always something new to learn.