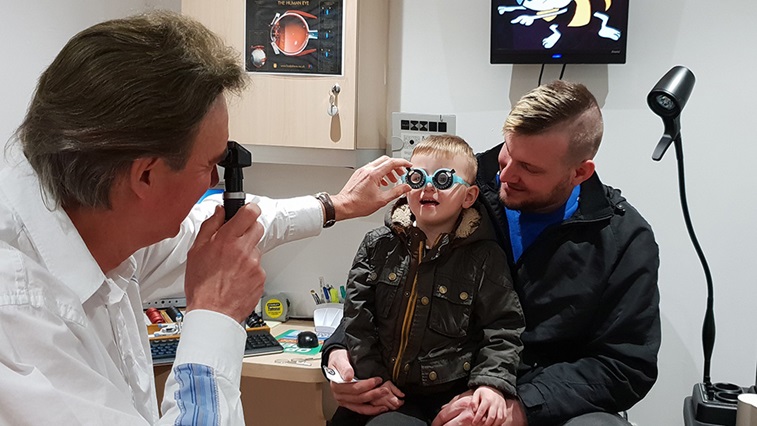 ‘Bling’ seems to be the primary reason for purchasing often very expensive equipment. Advertising campaigns emphasise the need to differentiate oneself from competitors as opposed to what is in the patient’s best interest.

Don’t misunderstand, my own practice has won a Technology Practice of the Year accolade in the past and we continue to invest heavily. I have had my optical coherence tomographer for seven years now. But did I purchase it for fear of not being able to differentiate? Of course not. Rather I considered it an excellent investment in patient care and still wonder how I coped before I had it. But would I invest in an auto-refractor when I have my trusty retinoscope? Apart from the ‘bling,’ what does an auto-refractor add?

The humble retinoscope carries no ‘wow’ factor with patients, nor does it add any ‘bling’ or speed up an eye exam like an auto-refractor. It doesn’t even cost much in optometric terms. It is so unassuming. It has always just been there, ever since we were forced to buy one at university. Perhaps, and shame on you if this is the case, it is simply collecting dust in a drawer. None-the-less, it is so passé, we forget how vital this instrument is and how its importance clinically is increasing not decreasing.

An auto-refractor might speed up test rates, but make no mistake, it is a technician’s role. No one needs an optometrist to use, or dispense from, an auto-refractor.
Retinoscopy, on the other hand, is a vital clinical skill which must be learned and practiced constantly. Dr Margaret Woodhouse in her WOPEC paediatric lectures stated categorically: ‘If you are not confident in your ret or if you don’t use retinoscopy with every patient you see in practice…please don’t refract children because you will not have the skill to do it!’

A skill for life

Why can auto-refractors never replace a clinician’s skill? Why for our own clinical futures should we extol to patients the value of this medical proficiency and take a little time to be good at it? If we do not sell our skills, we can’t expect patients to value what amounts to ‘just another light.’

So where should retinoscopy fit into your daily routine?

Static retinoscopy will allow an immediate idea of the magnitude of hyperopia. Mild hyperopia can be missed by a non-sentient auto-refractor, allowing over-minusing and the prescribing of a myopic correction to a mildly hyperopic young person. Such an outcome I have witnessed; it would seem auto-refractor results negate the need to check unaided vision. Further, masked hyperopia cannot escape detection with the unassuming little retinoscope. Auto-refractors are invariably found wanting in these very modest of clinical expectations.

Static retinoscopy is also a quick method to confirm the correct prescription. It can be used to explain why a pre-presbyope exhibits all the signs of frank presbyopia, or why non-tolerance to an apparent anisometropic prescription reveals under correction of significant hyperopia in the apparently better eye.
Static retinoscopy may also demonstrate meagre hyperopia not consistent with symptomatology, in which case dynamic retinoscopy comes to the rescue.
Dynamic retinoscopy is vital to help explain presenting symptoms of, what we refer to in our practice as, inefficient reading. It can also facilitate the correlation of evidence for some binocular vision anomalies.

The observation of accommodative lag with dynamic retinoscopy explains the reading problem. It is a supportable, evidence-based skill allowing the practitioner to fully advise the patient and parents of the problem and management. It can provide reassurance that the problem is quite common and not serious; if low powered reading spectacles are considered, these will not make the eyes worse and will be temporary. Patients and parents deserve to be informed and incorporated in any clinical management plan.

However, early detection of keratoconus is the most vital reason for practitioners to re-arm themselves with their trusty retinoscopes.

Corneal collagen cross-linking with riboflavin stops keratoconus progressing, but it cannot reverse it. The results are best when detected at the earliest, progressing stage. We have had corneal topographers since 1996 – again purchased to enhance patient care, not to outdistance competitors. We still routinely use a thing called a keratometer. But while these additional checks confirm the diagnosis, the first clue an abnormality exists is invariably identified using retinoscopy.

There is quite simply no longer any clinical argument for not doing retinoscopy on children. Waiting for advanced signs of keratoconus is no longer professionally supportable.

As Dr Woodhouse stated in an article published in OT on 13 October 2016: “A lot of optometrists in practice have abandoned retinoscopy in favour of auto-refraction. We’re losing a valuable skill.” I think Dr Woodhouse was being generous; to be skilled in retinoscopy is not valuable, it is vital.