Optometrist, Dr Jennifer Craig, shares her experience of relocating from Scotland to New Zealand to work as a lecturer in ophthalmology

When and where did you relocate?

I relocated from the UK to Auckland, New Zealand in September 1999 and I’m still there now, almost 20 years later.

I was working as a lecturer in ophthalmology at the University of Dundee when my boss at the time was headhunted for a position in Auckland. Slightly concerned about staffing his department ‘on the other side of the world,’ he was keen that some of us from his current place of work might consider joining him and his Australian wife, Jane, for a year or two, to help establish the department. This opportunity sounded exciting to me, as after all, how long could two years away from Scotland seem, I thought.

With my job offer at the University of Auckland, I was able to get a working visa for the length of my two-year contract. A staff member at the university arranged temporary rented accommodation very close to the university for my first couple of weeks, which was very helpful. I then found myself a longer-term rental and bought a car. At the time I relocated, optometry regulation was such that a UK optometric qualification and evidence of regency of practice was sufficient to be granted full practising status as a non-therapeutic optometrist in New Zealand. Since then, the requirements have changed and non-New Zealand or Australian optometrists must sit further exams prior to registration. They must then complete therapeutic training within a period of three years.

What was your first impression on arriving in New Zealand?

I loved it. It was as if someone had switched the lights on when I arrived – the sun was shining brightly even though it was the middle of winter. Life felt very relaxed too. Within three months of arriving I had agreed to stay five years rather than the initial two.

What is a typical day like in the practice?

I don’t really have a typical day and that’s probably what I love about it most. As an academic, I have teaching, research and administrative responsibilities. As a trained clinician, I continue to see patients and I enjoy further clinical contact through my research projects. I travel a lot and I’m involved in regulatory work for the profession through my role on the Optometrists and Dispensing Opticians Board of New Zealand (equivalent to the UK’s General Optical Council) where I’m the immediate past-Chair. Every day is a little bit different, and while I work hard, I enjoy this variation and the flexibility provided by the academic setting. 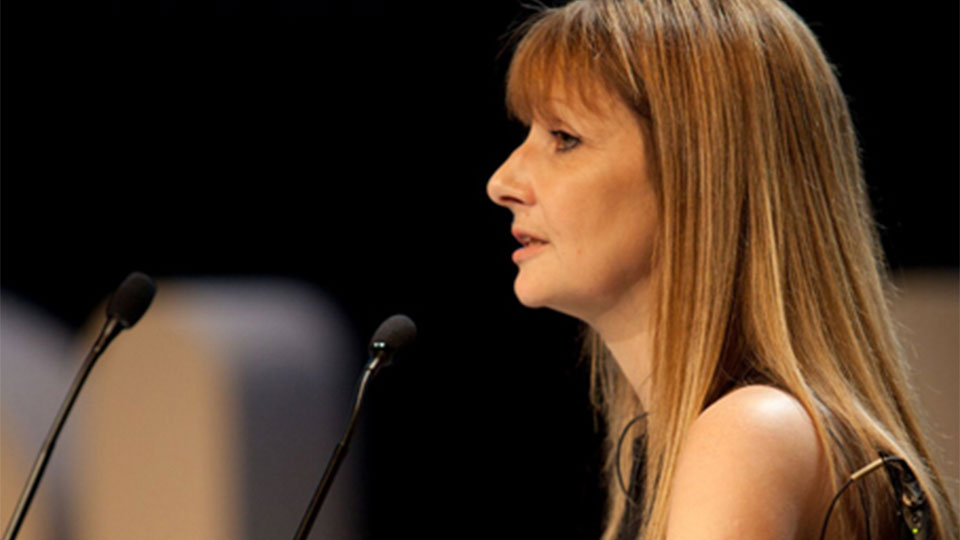 How does practising optometry in New Zealand differ to practising in the UK?

The main difference is that training for optometrist therapeutic prescribing has been possible since 2004 in New Zealand through postgraduate courses and has been an integral component of the optometry undergraduate programme.

Since the amendment of the Medicines Act in 2014, therapeutic-accredited optometrists have been granted the right to prescribe all topical and oral medications within scope of practice – and this status applies to around 70% of all optometrists in the country. With a role as an educator of optometrists at the University of Auckland, it was important for me to upskill at the earliest opportunity. The training in New Zealand differs from the UK where the therapeutics accreditation requires a postgraduate qualification. Not unexpectedly, then, the overall proportion of optometrists who are permitted to prescribe therapeutic medications in the UK is lower.

There’s certainly a greater focus on the outdoors, as permitted by the sub-tropical climate. There are around 200 beaches within an hour’s drive of Auckland, so beaches with surfing and sailing are within easy reach

What is the lifestyle like outside of practice and how does it differ to the one back home?

There’s certainly a greater focus on the outdoors, as permitted by the sub-tropical climate.  There are around 200 beaches within an hour’s drive of Auckland so beaches with surfing and sailing are within easy reach. We have stunning native forests with unique flora and fauna with many signposted walks and bike trails. The scenery and mountains of New Zealand are incredible, especially in the South Island but even the mountains of the North Island, only about four hours out of Auckland, allow skiing in winter, making this a great family weekend activity. 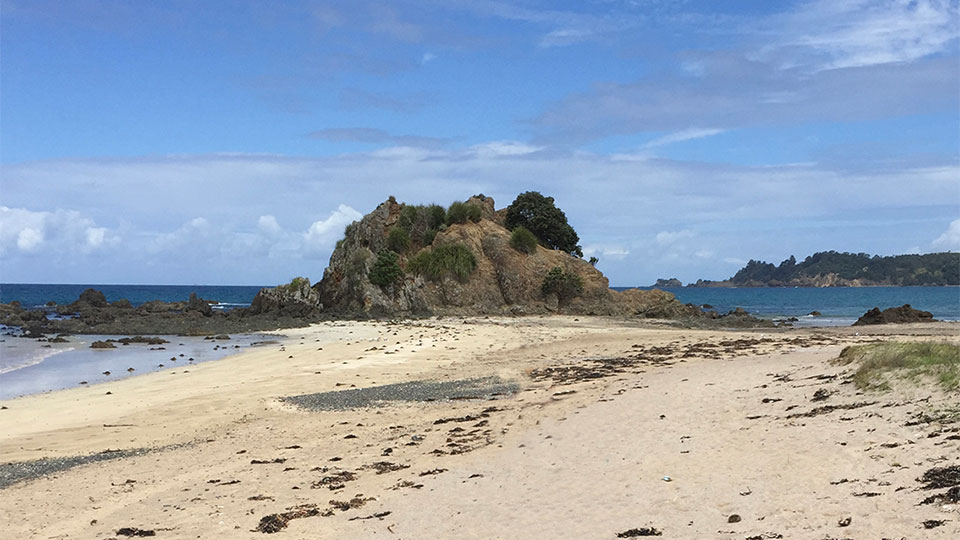 Where are some of the best places to socialise in New Zealand?

New Zealanders are very sociable, so restaurants and cafés are popular meeting places. Auckland, in particular, is described as a cultural melting pot and is home to people of all nationalities and cultures. This makes for a wide variety of cultural events and cuisines to experience.

Outdoor concerts, where you bring your picnic to a vineyard and listen to talented local musicians are a superb way to spend an evening in the summer. New Zealanders are typically quite a competitive nation, and are often involved in sporting activities themselves, and in supporting our local and national teams. There’s a big focus on rugby but basketball, soccer and netball are other very popular sports.

To take opportunities when they arise – you never know how they might end up shaping your future.

What is the most rewarding aspect of optometry in New Zealand?

The standard of optometry is high, with the expanded scope of practice in New Zealand extending to almost 70% of optometrists being therapeutically trained. 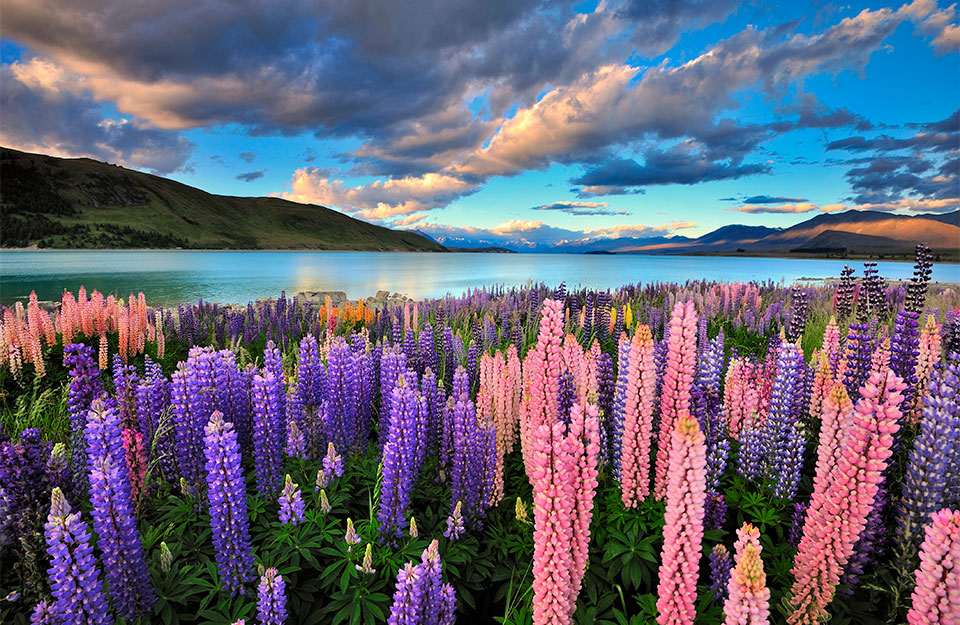 What was the most challenging aspect of optometry in New Zealand?

New Zealanders tend to lead advances in many areas, including healthcare. However, the small population means that clinically we can be restricted in terms of the availability of certain therapies, as they need to be approved independently of approvals in other countries, including Australia. Often, we have to wait an extra couple of years before we see eye drops or new contact lenses being launched in New Zealand.

Another challenge for us is related to ensuring equity in healthcare for our indigenous Maori population in whom there are cultural differences in the approach to health. Maori health outcomes are poorer than those of non-Maori and so our efforts need to be devoted to developing new strategies for ensuring that health care reaches the people who need it most.

What advice would you give to anyone thinking about relocating outside of the UK for work?

I’d say ‘go for it – expand your horizons.’ If you don’t enjoy it as much as you had hoped, you can always return, and likely with a new perspective on the world. Plus, in practical terms, if you’re a chocoholic, you may need to be prepared to import your own chocolate.

What’s your favourite things about where you live now?

My Kiwi husband, two awesome sons and the 200 beaches within an hour’s drive of Auckland. I also love that we live only 10 minutes from the university. We have a large garden full of native trees and birds and a swimming pool that’s just amazing in the summer, so I feel lucky even when ‘stuck at home.’

There are great eating places locally – from fish and chips on the beachfront, to fine dining that rivals anywhere else in the world. we’re also only a few hours from idyllic beaches and countryside to the north, mountains for skiing to the south, and vineyards aplenty. The volcanos and geothermal activity give New Zealand a truly unique landscape.

There aren’t many places in the world where you can set off from home and within 20 minutes be kayaking to an island to walk to the top of a dormant volcano. New Zealand is very proud of its unique culture, but the passion for and celebration of Celtic culture in New Zealand, which offers me ready access to highland games, pipe bands and ceilidhs, also never fails to surprise me, and helps assuage pangs of homesickness for Scotland.

Can you sum up the experience in a sentence?

Taking the opportunity to try a different experience is something I’ll never regret – there’s a big world out there. The distance means I do miss family and friends, but the age in which we live, allows contact to be maintained more easily than ever before, and the beauty of New Zealand and its people does make it a tempting destination for visitors.