There is little doubt that the role of the optometrist will change in form and focus over the coming decades.

But it is unclear exactly how the landscape of optometry will shift in response to the pressures that are prompting change across all healthcare professions.

When crystal ball gazing into the issues that will hold most sway over the profession in five, 10 or 15 years’ time, who better to ask than those who are just setting out in their careers?

OT spoke to a panel of young practitioners who have all qualified as optometrists within the past five years for their take on the key trends as the profession moves forward.

Sana Asif, 26, works as a locum optometrist and is the secretary of the Walsall Local Optical Committee.

She previously served on the AOP Council for three years, representing newly-qualified optometrists.

Looking ahead, Ms Asif would like to establish her own independent optometry practice.

“Having my own practice would enable me to be able to service my patients to the best of my ability and in my own way,” she shared.

She became drawn to optometry as a career after hearing stories from her optometrist sister about saving patients from sight loss or even detecting life-threatening conditions.

Ms Asif predicts that in the future, refraction will be undertaken either by dispensing opticians or automated machines.

“Optometrists will be working alongside ophthalmologists to reduce their workload and, in turn, decrease waiting times for patients,” she observed.

She added that it is difficult to predict where the dispensing aspect of the profession will go.

“Websites for purchasing glasses have been around for a number of years, but haven’t taken off as well as we might have thought, with many people preferring to visit an opticians rather than buy online,” Ms Asif said.

Ms Asif is full of praise for the introduction of extended services, highlighting how they allow patients to be seen in the community rather than face long waits within the hospital eye service.

“It’s satisfying to supply patients with prescriptions to enable them to see clearer and improve the quality of their lives but it is far more satisfying to manage patients in order to save their sight or even life,” she observed. 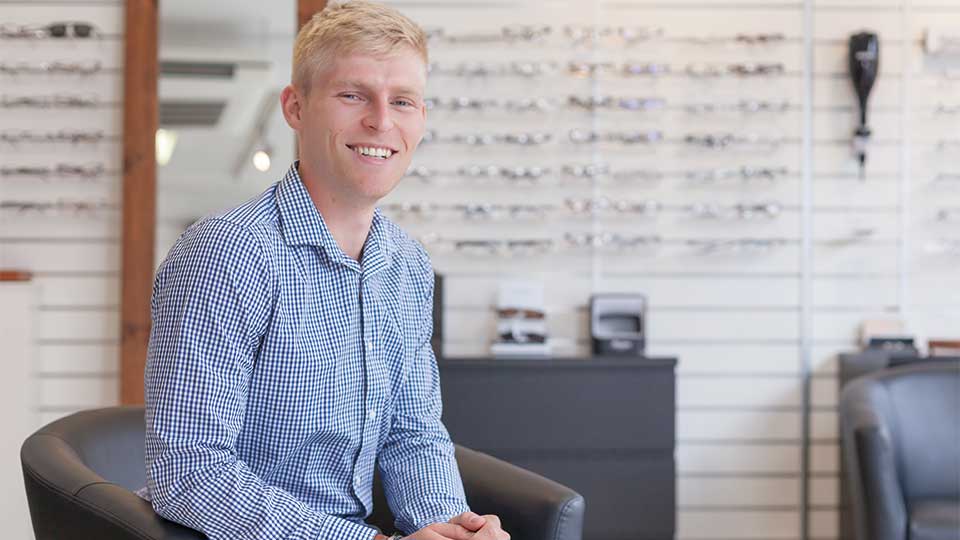 Aiden Smith, 23, has worked at the independent practice, Davis Optometrists, for the past four years.

Mr Smith chose to stay with the company after completing his pre-registration year at the Northamptonshire and Leicestershire practice.

“I like that in an independent you can do different appointment types in one day. My average day isn’t just sight tests back-to-back,” he shared.

“As one of the young optometrists at the practice, they are open to the idea of me specialising,” he added.

Looking ahead, Mr Smith believes that there is potential for optometrists to follow in the footsteps of the US and split the profession between dispensing and healthcare.

“I think in the future you will have optometrists working in a healthcare setting and then separate spectacle shops as opposed to one combined unit,” he observed.

He also suggested that the independent prescribing course may be incorporated into undergraduate training for optometrists who want to work in healthcare.

Mr Smith highlighted the advance of technology as an exciting development to follow.

“Ocular coherence tomography (OCT) is changing the way that we manage patients and improving the accuracy of our referrals or allowing us to monitor conditions ourselves,” he emphasised.

“And OCT is just the latest technology at the moment, but I am sure in the future that is all going to change,” he added.

While Mr Smith valued his own undergraduate training at Aston University, he shared that there is potential for improvement in equipping students with the right skills for the future.

Mr Smith would like to see the universities use more case studies and also place a greater emphasis on communication skills.

He observed that students only perform 18 sight tests while at university.

“It is not enough to develop your communication skills. Quite a lot of optometrists are introverted and that doesn’t bode well initially,” Mr Smith shared. 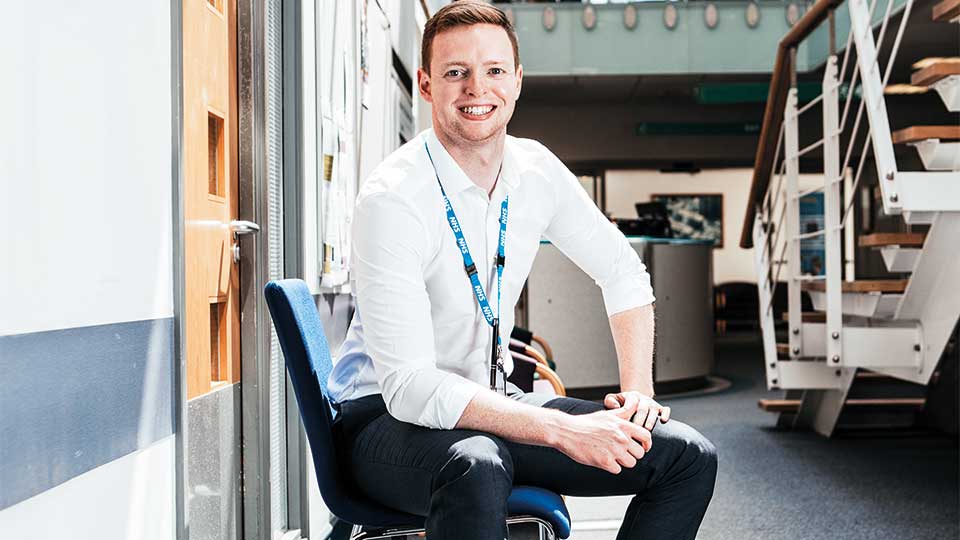 “I have had some amazing opportunities to see pathology as well as disorders that I had previously only read about in text books,” the 22-year-old shared.

Mr Roney emphasised that one of the main reasons he chose optometry as a career is the scope for learning and development of knowledge.

He observed that the demands of an ageing population are set to have an impact on the way optometry is practised in the future.

A development that Mr Roney will be following is the enhanced management and detection of corneal pathology.

“The ways in which we are able to image, interpret and detect corneal pathology is developing at an exponential rate as times goes on,” he highlighted.

As to whether automation will ever replace the need for optometrists, Mr Roney is emphatic in his answer.

He shared that a robot would never have the ‘sixth sense’ of an optometrist.

“I was told once by a consultant, ‘Don’t make a patient out of a person.’ I completely agree with this statement. You should consider each individual on a case by case basis taking all factors into consideration,” Mr Roney said.

“An automated robot cannot do this…In my opinion, optometrists will always have a place within society,” Mr Roney concluded.

Shivani Rughani, 26, works as a specialist refractive optometrist and represents newly-qualified optometrists on the AOP Council.

She told OT that the multi-disciplinary nature of optometry is what originally drew her to the profession.

“I started my career in a multiple, which gave me exposure to primary care optometry. I wanted to diversify my skills within the field, so moved onto a more specialist role which enables me to work closely with surgeons, allowing me to broaden my knowledge,” she emphasised.

She shared that while her university and pre-registration year prepared her well for the beginning of her career, she also valued post-graduate study.

“It enabled me to diversify and strengthen my current skillset in order to become more specialist in my field,” Ms Rughani said.

When asked about changes she would like to see in the current education of optometrists, Ms Rughani stressed the importance of enhanced business, leadership and management training.

She added that these skills are not taught at university, with many optometrists picking them up along the way in practice.

“If this was incorporated into the training of optometrists, it would greatly help the sector in my opinion,” Ms Rughani emphasised.

Ms Rughani, who is accredited in several extended services, shared her excitement for the development of shared care within optometry.

“I am keen to develop my own knowledge further, but also take on more responsibility for managing eye conditions within practice rather than referring onward,” she observed.

While Ms Rughani accepts that many aspects of optometry could potentially be performed by technology, she is optimistic about the continuing relevance of the profession.

“The human touch and the rapport a practitioner builds with the patient is something that can never be replaced,” she observed.

The 23-year-old explained that she wanted to retain experience in different sectors of optometry.

“I thought it was important to do both to ensure I wouldn’t lose any skills and so that my week was a variety of both hospital and community optometry,” Ms Mistry shared.

Ms Mistry believes that in the future more optometrists will manage patients in the community through schemes such as IOP referral refinement and minor eye care services.

She emphasised that incorporating the independent prescribing course into the training of all optometrists would allow for minor eye conditions to be managed predominantly in private practice rather than eye casualty.

In Ms Mistry’s view, much of the current education of optometrists is based in theory.

“If the courses were altered so more clinical teaching was integrated, this could help with the training of students when they enter their pre-registration year and it may make them feel more confident when they come to their hospital placements too,” she explained.

Looking ahead, myopia control is an area that Ms Mistry is following closely.

Ms Mistry shared that she has been very short-sighted since the age of six.

“Back when I was growing up the only option that myself and my parents were aware of was glasses. I think it’s great that there are developments such as orthokeratology and the more recent MiSight contact lens,” she highlighted.