At 28 years old, Dimple Kumar is store owner of Specsavers in Barnet 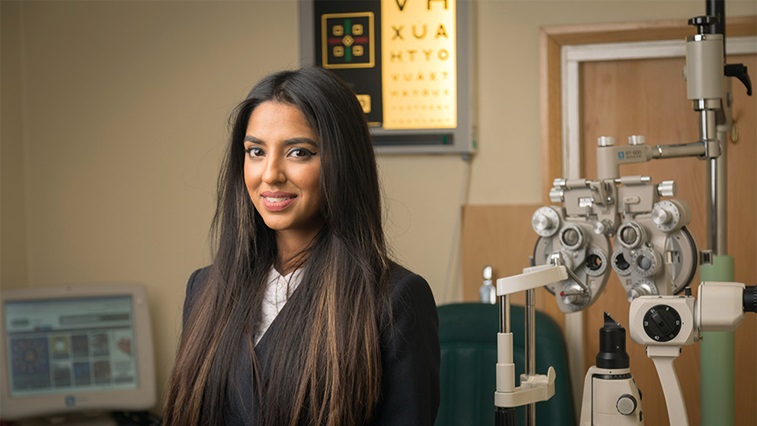 Optometrist Dimple Kumar has been named as a finalist in the SME Hertfordshire Business Awards.

Making the shortlist in the Young Business Person of the Year category, the 28-year-old is a director at Specsavers’ Barnet practice. The accolade recognises business people aged 30 and under who have demonstrated a high level of entrepreneurship, creativity and vision for the future.

Speaking about being shortlisted for the award, Ms Kumar said: “I’m over the moon to be shortlisted and recognised for my achievements to date. Becoming an optometrist and having my own store has been a dream of mine since I was 16 years old. That teenager never thought she would be shortlisted for an esteemed business award many years later.”

The practice has a team of 13 staff who perform, on average, 500 appointments per month. During Ms Kumar’s first six months in the role, sales at the store increased by 3%.

The optometrist will learn if she has won the accolade on 26 July.