When he is not examining eyes, Spalding-based optometrist, Andy Molsom, can be found testing the limits of his Caterham racing car

When I was 16 I met Martin Brundle, who had just become the world sports car champion. I had a chat with him, got interested and it grew from there, really.

I bought my first Caterham race car in 2004. It only weights 1600 kilograms with me in it and we use sticky race tyres it goes around corners quickly.

The key thing about the club that I race with is that the cars are all the same. All the engines are the same, the gearboxes and the tyres. You don't really need to throw a lot of money at it. It's a matter of the person driving it being the person who makes it go quicker.

I like the competitiveness and the fact that you can battle with someone. You put your wits against them to try and get past them even though you are in the same car. You are constantly fighting for 20 to 25 minutes trying to be the person at the front.

If you are one percent off the limit driving the car then that can be a second off per lap. We are talking about a few tenths of a second here and there to win races or qualify higher up. The adrenalin is going on the start line but that soon disappears. To win a race is all about the mind. You have got to be calm, collected and thinking all the time. 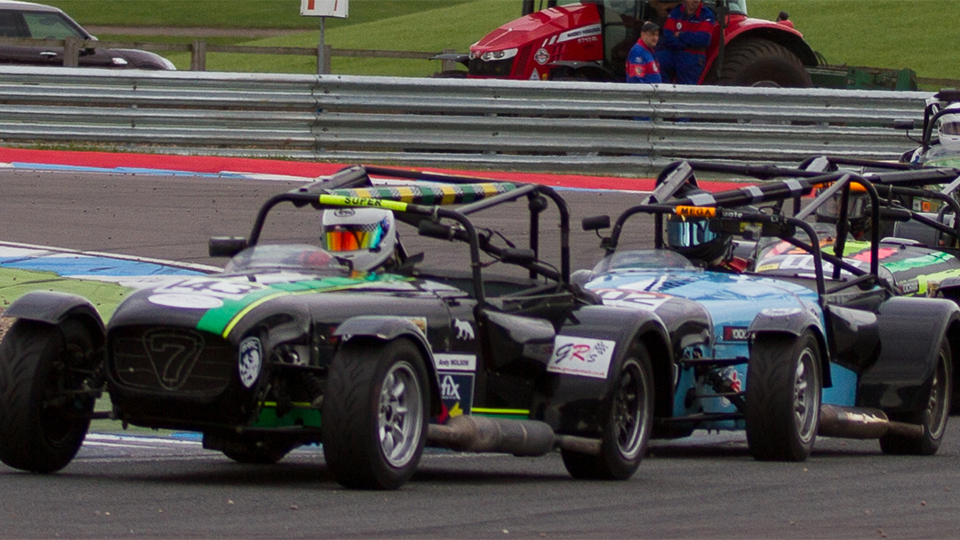 My family all come with me to most race weekends and the families of the other drives come as well. It is very much a party atmosphere in the paddocks. My eldest child was two when she first went to a race and my youngest was only six months old. Racing is engrained in them now. They are both interested in it but whether they take it up is anyone’s guess.

I send a press release as part of my optometry practice every race meeting. I was a bit tentative initially when I first did it but all the patients seemed very receptive. There is barely a day that goes by without someone wishing me luck or asking me about the racing.

I think what I love is testing myself and driving my car on the limit of handling. You are nearly out of control but you are not quite. I have eight lap records in my class from different circuits that are current. That is a good feeling. At the end of the day you know you have been the quickest one around that circuit.