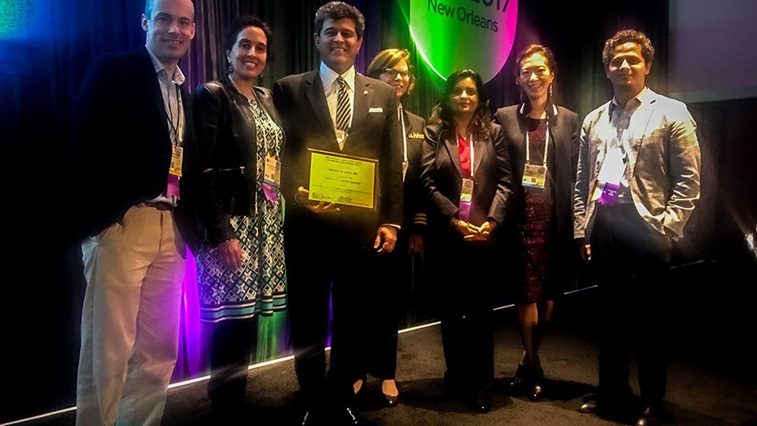 Ophthalmologist Sheraz Daya has been recognised during the American Academy of Ophthalmology’s annual conference.

During the event, which was held in New Orleans, US, Dr Daya received the Whitney G Sampson Lecture Award for his talk exploring the boundaries of corneal surgery and how alternative techniques could be used to deal with corneal problems.

Dr Daya, who is medical director of Centre for Sight, was presented with the accolade by Dr Deepinder Dhaliwal.

In 1995, Dr Daya was amongst the first to perform LASIK in the UK and became a well-known trainer of the procedure. He founded Centre for Sight the following year and the business has since grown to three locations.

During his career, Dr Daya has pioneered a number of techniques and has been involved in limbal stem cell transplantation, as well as tissue engineering.