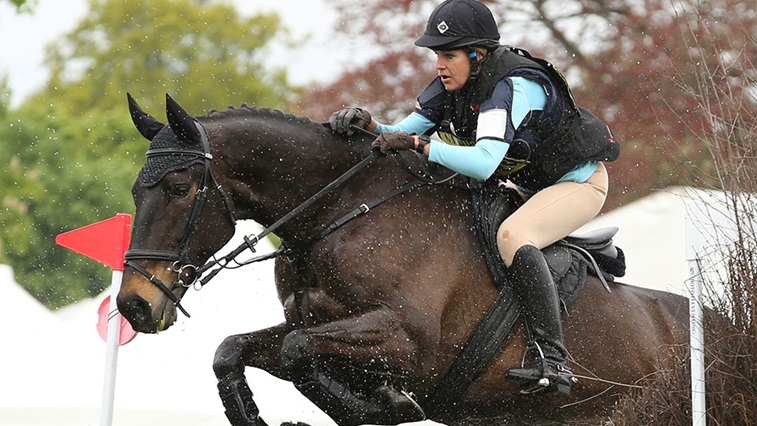 I started riding as a child, competing in Pony Club events and show jumping competitions.

I managed to continue riding through university, travelling home from Aston to Wolverhampton most weekends. After qualifying I met and married Andrew – who is, very usefully, a horse vet.

Our daughters, Lucy and Emily, started riding when they were quite little. Then, in 2001, Andrew decided "If you can't beat them, join them" as he wasn't seeing much of us, and learnt to ride.

Now Andrew hunts the horses, and a friend and I compete in dressage, show jumping and cross country. We have three horses between us that have to multi-task. Henry the Hunter, Big Eric and Hugo Hunting. It can be quite a challenge persuading them to be obedient and calm for their dressage after they have been tearing around the countryside with Andrew.

"Horse riding is the best antidote to sitting in a semi-darkened room with no windows all day, talking incessantly"

I love the buzz and adrenalin rush of competing. Recently, I qualified for the Grassroots Championships Badminton 2018 with both of the horses I compete on, Henry and Eric. This is an amateur championship that runs in the days before the professional event, which is also at Badminton. To qualify you first have to do well at a competition to then compete in a regional final. Then at that regional final you need to be in the top few percent. It is very competitive. Eric made it through, then a week later Henry won his regional at Broadway Horse Trials in the Cotswolds, earning us a photo and write up in Horse and Hound.

I manage to ride at least four times a week and more in the summer when the nights are light after work. Horse riding is the best antidote to sitting in a semi-darkened room with no windows all day, talking incessantly. It gets you outside, even in the worst of weather. Riding completely clears your head. It is just you and the horse, and the horse doesn't expect you to talk to him unless you want to.