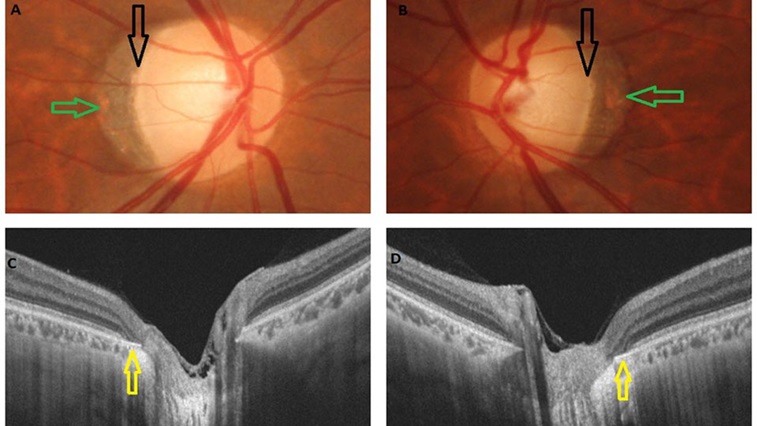 Scientists have described the case of a 40-year-old patient who was falsely diagnosed with glaucoma before eagle-eyed clinicians spotted a grey crescent on his optic nerve head using optical coherence tomography (OCT).

Writing in BMJ Case Reports, the authors reported that the man was found to have greyish pigmentation of the temporal neuroretinal rims.

“The clinical implication of this is that this area of pigmentation masks the underlying healthy neuroretinal rim leading to misinterpretation and overestimation of the size of the optic disc cupping and false-positive diagnosis of glaucoma,” they explained.

The authors described how swept source OCT was used to delineate the actual anatomical margins of the optic nerve head, showing that he did not have glaucoma.

The patient had 20/20 vision and normal intraocular pressures.

“The patient was reassured and kept under follow-up,” the authors concluded.