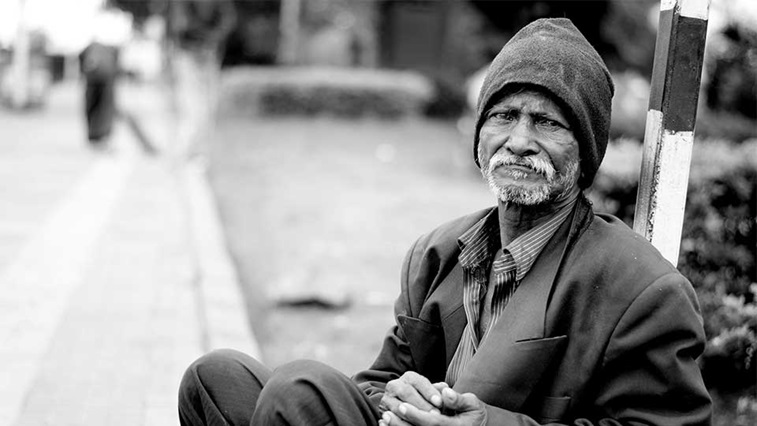 I don’t have any formal training in photography, but I started taking photographs of people on my way to and from work.

The first homeless person I took a photo of was Steve, who hadn’t spoken to anyone in days. I took back the prints that I made and gave them to him to sell.

Hands that tell a story

What I am trying to do is to highlight the vulnerability of homeless people and contrast it with the strength that they need to live on the streets. I try to portray the beauty in their faces and also their hands.

A person’s hands are now one of the first things I look at when people come into my practice. I work at an independent practice in South London and have been an optometrist for more than 30 years. An understanding of the physics of light has influenced the way I edit photos – the eye is similar to a camera in many ways.

"If you look into their eyes, you can pick up every single emotion — there's happiness, sadness, despair and vulnerability"

When I’m taking photos, I don’t like asking too many questions, but normally people are quite happy to talk to me. I don’t take sneaky shots. All my photos are done with the person’s permission and they are paid.

I have now taken more than 30 portrait photographs of London’s homeless community. Everyone has a different story. One man would wait at the same train station for the same person each day, but they never arrived. Many of the people who I take photographs of are ex-military.

A couple of my subjects were blind. Something people might not be aware of is that homeless people are not entitled to free eye care. The charity Vision Care for Homeless People is working hard to change that.

Through photography, I have mixed with a group who are invisible to most. Hearing their stories and being able to portray it in an artform raises awareness that anyone can become homeless. If you look into their eyes, you can pick up every single emotion – there’s happiness, sadness, despair and vulnerability. You can see yourself in every single photograph.