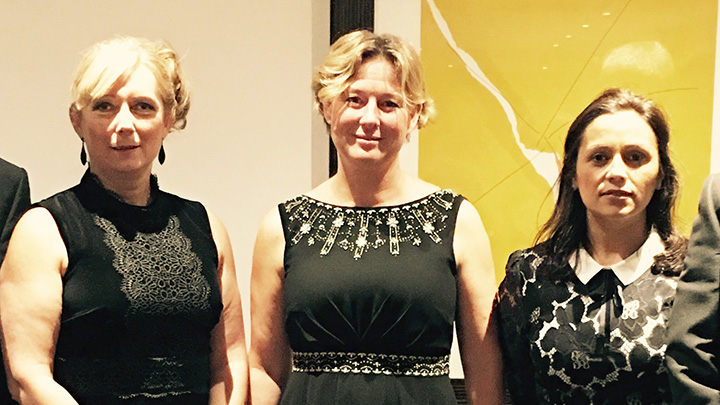 Optometrist Dr Barbara Ryan has stepped down as chief optometric advisor to the Welsh Government, having completed her four-year term in the role.

A dinner was hosted by Optometry Wales last week (28 October) to acknowledge the contribution that Dr Ryan has made during her time in the position.

Commenting on the role, Dr Ryan told OT that it had been a “fantastic experience to work as a senior civil servant in Welsh Government.”

“I found it interesting and rewarding to be involved in developing health policy and advising ministers,” she said, adding: “It was an especially good time because there was such a strong drive towards developing primary care, underpinned by the principles of 'Prudent Healthcare,' which require clinicians to work at the top of their licence and see patients as equal partners.”

During the dinner, chair of Optometry Wales, Andrew Riley, thanked Dr Ryan for “her enthusiasm and consistent hard work and effort to help facilitate change and improvement.”

He acknowledged how in the last four years Dr Ryan has “single-handedly helped to deliver a continuation of a world-class eye care service, utilising primary care optometrists in a community setting.”

Dr Ryan said that she stepped down “with a deep sense of satisfaction” because of everything that has been achieved.

She explained: “There is a good collaborative structure in place nationally and locally. Throughout Wales, ophthalmologists, optometrists, orthoptists, nurses, GPs and user groups are working with health boards to develop integrated pathways that provide timely, safe eye care as close to home as possible.”

She continued: “For optometry, this has meant managing more patients in their practices, including an increasing number that are being discharged from hospitals. The development of shared care between optometry practices and the hospital eye service for patients with glaucoma and age-related macular degeneration is also an exciting development.”

Mr Riley emphasised that: “Wales has a lot to be proud of, and in many ways the catalyst for these changes and developments has come about because of the foresight that this government had in creating the role of an optometric adviser.”