Optometrist and head of clinical research at CORE, Jill Woods, speaks to OT  about a varied career that has seen her practise in the UK and Australia before settling in Canada 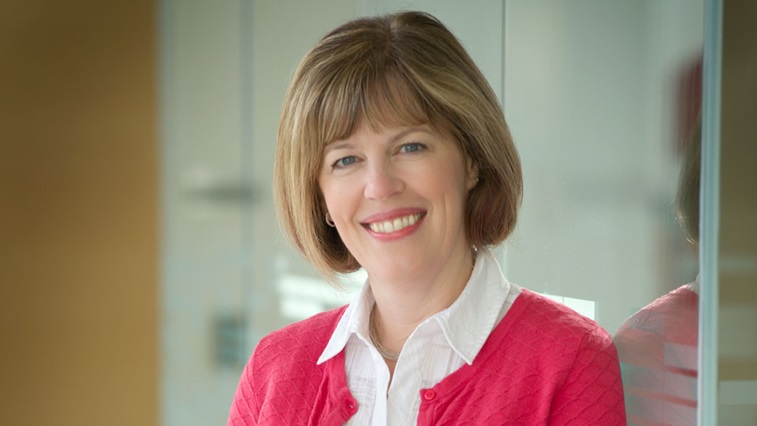 I have worn spectacles since the age of two because I had an accommodative squint.

Like many young children then, I hated my spectacles. I remember regularly travelling an hour on the bus to the ophthalmology clinic in Newport, South Wales with a chunky pink patch stuck over the right lens of my ‘lovely’ pink NHS-524 spectacles.

Having visited my optometrist regularly as a child, I was aware that optometry as a career option existed.

At the age of 15, I completed work experience at a local practice where I spent my time observing the optometrist. I was also always involved in the sciences at school, so when the time came to select a career path, I looked into a number of relevant options including medicine, dentistry and optometry. Optometry seemed to have the appealing balance of being science-based as well as social.

I studied at City, University of London before completing my pre-reg period at an independent group, Arthur Hayes, in Croydon, Surrey.

I worked at their shopping centre practice and also at the practice that specialised in contact lenses on the adjoining street. I developed a strong interest in contact lenses and had a great year there; it gave me a lot of experience and confidence.

I later moved to a community practice just outside of Thornton Heath where I took on my first practice manager role.

As the manager, I was given the goal of increasing patient numbers, which I was successful in doing. I enjoyed practice management and, after two years, I left to buy my own practice in Nunhead Green in South London. Being a practice owner gave me complete freedom and allowed me to be in charge of my own destiny. I was able to pick the equipment, curate the frame collection and direct the practice operations.

The most rewarding aspect of my role is watching the team grow in confidence and bringing people through the ranks, by giving them experience in different areas

I owned my practice for seven years between 1986 and 1992, during which time I also taught refraction at City, volunteered at what is now known as the Institute of Optometry, and worked in the low vision assessment clinic at Greenwich Hospital.

While owning my own practice was really enjoyable, it was also challenging as I was the sole clinician – I remember feeling guilty that I brought a locum in to see my patients to cover a short maternity leave when I had my first son. I sold the practice due to a family move to Manchester, where I worked in full scope optometry practices before accepting a job in a contact lens specialist practice just outside the city centre.

As a family, we later moved to Melbourne where I secured a role as an optometrist and manager in Noel and Chantel Brennan’s practice.

There I gained valuable experience in their contact lens research business.

Later we moved to Canada where I joined the Centre for Contact Lens Research, which is now named CORE, as a clinical researcher.

Stepping into research was probably the biggest challenge of my career. As a researcher, suddenly a topic becomes very intense, whereas in practice you have variety. The intensity of taking specific, accurate measures for a research project was initially difficult, as were the disciplines of statistics and scientific writing. But I enjoyed the challenge and focus, and I found the work very rewarding – science and research never stand still and I am constantly learning.

Becoming a researcher was never on my planner, but my exposure to various aspects of optometry provided a solid grounding.

With experience, I was appointed as a clinical research manager, which meant that I was a line manager for seven people. I also joined the senior administration team, which undertakes the major decision-making and steers the organisation. I never envisaged early on in my career that I would end up in a world-class research organisation, have manuscripts published and present at major conferences around the world, let alone attain an MSc degree – something I achieved earlier this year.

In April this year I was appointed head of clinical research at CORE.

It means that I am line manager to more people and responsible for more aspects of the day-to-day running of CORE. 95% of our research is funded by industry and therefore being head of clinical research involves interacting with the people who sponsor our work, including most of the major contact lens and dry eye product manufacturers as well as several smaller innovative start-up companies.

The most rewarding aspect of my role is watching the CORE team grow in confidence and bringing people through the ranks, by giving them experience in different areas.

At CORE I aim to give investigators experience in all aspects of our projects so that they can eventually lead them from the beginning to the end. Another goal is to provide experience across a breadth of topic areas so they can work out where their skillset and interests lie.

It’s staggering when I look back over a 30-plus year career to see how much contact lenses have changed.

Being at the cutting edge of many innovations, particularly in the contact lens and dry eye space is super exciting and provides insight into the future innovations. I’m immersed in the field, leading and listening at conferences, and experiencing first-hand how those new concepts I have worked on transition from research to clinic. I enjoy being a part of the education process of explaining the clinical impact of the latest research findings.

There are some projects that I have worked on that stand out.

It’s no secret that CORE is the largest site involved in the seven-year MiSight myopia control trial. Myopia is a very important global challenge and CORE is involved in a wide variety of research projects targeting myopia control. There was also a study where I assessed a lens to correct very high refractive error. It was humbling to see how far people would travel to us to be part of the study, as they really wanted a contact lens that would work for them. Despite my heavy management responsibilities, I still carve out time for ‘hands-on’ clinical work when I can.

An overall career highlight is being able to travel and practice in various formats around the world.

I’ve been fortunate to be able to take many opportunities to expand my experiences within optometry and I am very happy about what those experiences have provided and where I am now, at CORE.

In terms of next steps, my immediate challenge over the next three to five years is to establish CORE across a wider research field.

At CORE we are at the heart of some of the most prominent and innovative advances in eye health. It’s thrilling to both join in and lead these initiatives that keep eye care options moving forward. I enjoy and benefit from the inspiration I receive from working with the 40-plus smart, motivated and supportive people that make up the CORE ‘family.’

My brother reminded me recently that as a young child I wanted to own a hat shop. However, as I grew older teaching was always high on my list. If I wasn’t an optometrist I would have likely become a primary school teacher because I have always been interested in helping children when they are just beginning to get to grips with topics such as maths, reading and writing.