What is the Ascend Higher course?

Kiki Soteri (KS): Ascend Higher is a new interactive Specsavers career development workshop, which was originally conceived for early-career optometrists. However, it is proving to be of interest to optometrists at every stage of their career.

There are two breakout sessions involving personal development activities, which boost delegates’ ability to self-appraise and increase their clinical performance. The workshop dissects and assimilates information from various profiles of Specsavers optometrists’ professional development and its influence on their career progression. These role models are used as a way of signposting our career path nexus, any journey through which can add value to the optometrist’s role in their Specsavers practice.

How do you see the role of the optometrist developing in the future?

KS: The role of optometrists is already changing. We can learn a lot about how this will look from our hospital-based colleagues who have been working in multi-disciplinary healthcare teams for decades. Anything that can be automated will eventually be automated. But automation is not a panacea, so I believe the role of the healthcare professional will adapt to accommodate technological efficiencies.

What advice would you give to optometrists considering their own professional development?

KS: Always welcome the opportunity to try something new that expands your horizons and don’t let CET be the upper limit of your learning. Undertaking CPD by way of university post-graduate certificates which are mapped to the College of Optometrists higher qualifications or therapeutic prescribing can significantly raise knowledge, skills and credibility in expanding scopes of practice. Take every opportunity you can to collaborate with representative bodies, such as the AOP, and solve problems.

Before completing the Ascend Higher workshop, what were your personal professional development goals?

Sonia Chan (SC): I attended Specsavers’ in-house programme for newly-qualified optometrists when I first qualified five years ago, which gave me insight into a potential future career path. I was kind of left to it after qualifying and I didn’t really know what I wanted to do specifically, other than do a good job for my patients. After a few years I knew I wanted to progress higher, but only vaguely knew it was into management or owning my own practice. I only knew of one career route. 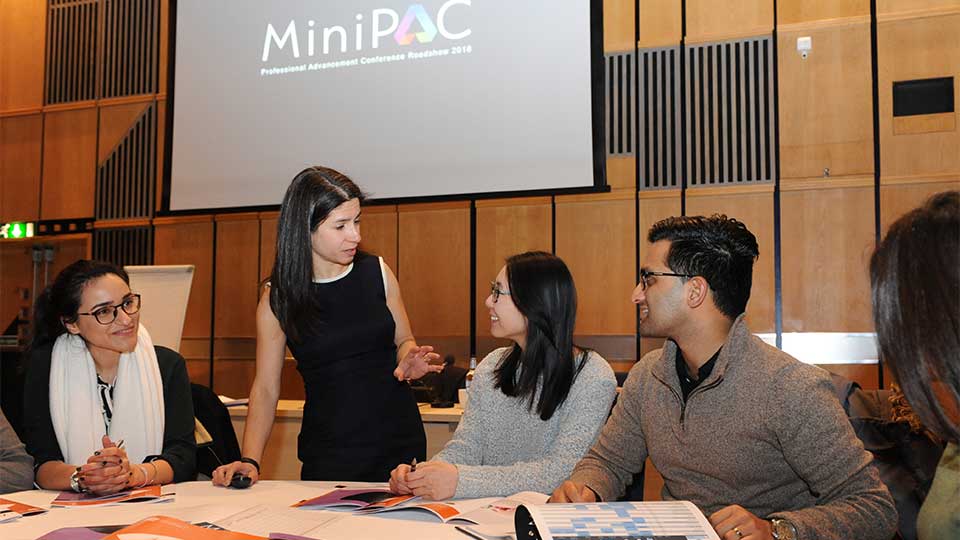 How did your approach change after completing the programme and what did it help you to consider?

SC: Ascend Higher opened my eyes. It was so good to see the range of clinical work other optometrists do. I realised people do so many different things. I also learned that it is not necessarily linear as, like the careers of the case study optometrists that we worked through, more possibilities can open up over time. I’m now looking at distance learning, perhaps a diploma.

How have you benefited from attending the programme?

SC: I know that I can be an ophthalmic partner, progress clinically and give my time to charity. I also realised I have to schedule in my training time to be successful. I’m more confident too. I have set myself my own structure for the next few years, to become a senior optometrist, as I think it’s important for optometrists to support each other clinically.

What steps have you taken since completing the course to enhance your professional skills and knowledge?

SC: I have applied for the Pathway course (Specsavers’ route to joint venture partnership) as I think owning my own store is a good ambition. As for my clinical progression, I would like to complete the higher certificate in medical retina. On a personal level, I have got involved in charity events like a 10k mud run and have signed up to help at a homeless centre.

I have trained in optical coherence tomography in readiness for when our practice offers this service. I have also taken on more management roles in my store, leading team meetings with five other optometrists and suggesting new ways of working, such as assigning one of the pre-test team to each specialist piece of equipment for one day.

Pictured is Ms Soteri and Ms Chan talking at MiniPAC 2018