Ian Cameron, of Edinburgh’s Cameron Optometry, on why practices need to embrace remote consultations or risk being left behind

As businesses look towards reopening for routine appointments*, OT is speaking to practice owners about a singular priority they have for the next few months. If you want to be featured get in touch with [email protected]

Who: Ian Cameron, owner of Cameron Optometry
Location: Edinburgh
Priority: Using remote consultations
There's a balance to be struck for our industry, between engaging in remote technologies and face-to-face, which is a necessary part of optometry. You obviously don't want to put so much weight on the remote consultation that the face-to-face becomes useless or not a part of your service – it has to be a part of our service. It has to be the core of our service, because that's how we're built and that's how we make money, and that's how our businesses work.

However, I think lockdown has shown us that there is a space for these technologies. Of course, we've got technology that still needs to be used in person. But for a lot of people, particularly busy people, the ability to have remote consultations for minor issues is massively useful. So, I think there's a temptation that we're all going to say that we'll keep going with the remote consultations for people who are being shielded.

But actually, I think there's a huge opportunity to roll it out as an alternative to people, given the choice. Of course, people will choose to come in if they want to come in. But I think a lot of people who are busy would actually be like, “remote would suit me really well, could you call me at this time on Zoom?” And now, we're all so used to that. And I think it will be definitely an adjunct to our in-person services. 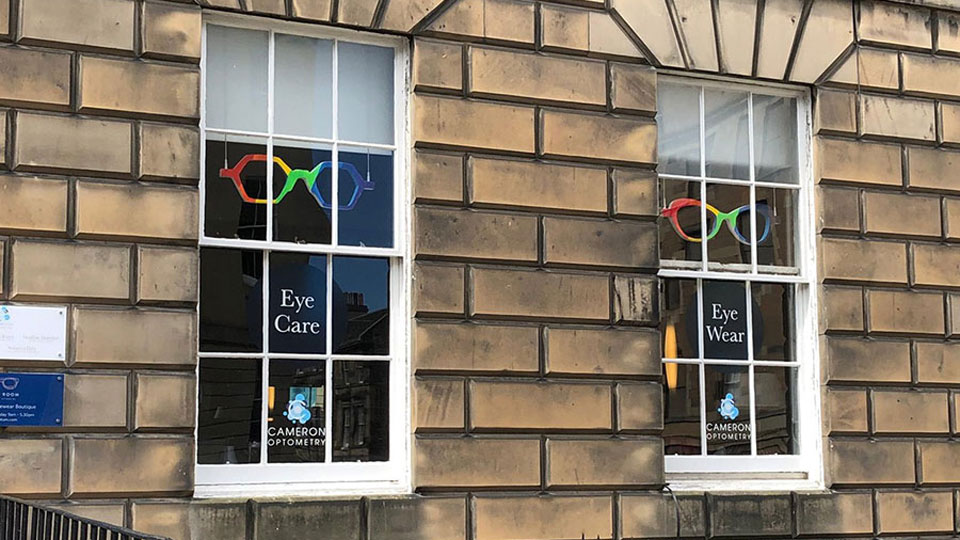 The exterior of Cameron Optometry

We're spending quite a lot of time not really refining our remote consultation stuff that we're doing at the moment, but trying to refine what that might look like a year from now. So say we're all back in practice and everything is running normally. What would a remote consultation look like, where would it be appropriate, and where would it not be appropriate? What tests could we do? What kind of things might we like to ask?

We're putting all our resource into a year down the line in terms of remote consultation, rather than remote consultation now. That's working ok. We're getting through it. It's not as good as it could be, I'm sure. But actually, this is a short-term thing. So, I'm relaxed about that. But I can see it as being something that we're going to want to be doing for the long-term. We need to do it well.

It’s also good to think slightly larger than remote consultations for triage of eye problems. For example, we would often bring people back for visual fields. And if that's done on a day when I'm not in or I'm not seeing other patients, I will review and then give them a phone call. That might actually be better as a Zoom call. Rather than me calling them saying, “I've had a look at your fields, everything looks okay, or actually there's this little area here that's a bit wonky”, I could do a Zoom call and be like, “Let me share my screen, let me show you the visual field claw, let me explain what I'm talking about here.” That would provide greater reassurance. That’s a better level of service than a phone call. And now we’re so used to that; I think it could work really well.

I think in the long term, we'll have to get something better than Zoom. We probably will need to use one of the NHS approved ones. I think Attend Anywhere is one; there are a lot of private ones as well. We’re going to want to use one that the NHS is using, because patients will have confidence that it’s an appropriate medium.

The key thing I've found that is important is being able to get good images of people's eyes. I've made a video that I put on my website telling patients how to make good videos and pictures of their eyes, which has been massively helpful because now with the videos and pictures coming back I can actually make some reasonable assessments.

I've made a video that I put on my website telling patients how to make good videos and pictures of their eyes, which has been massively helpful

In terms of clinical equipment, a Snellen chart that you can send to people would be useful – I've looked for an online one; I thought you do it on your computer. But actually, they're all a bit too fiddly for most people. So, a printable Snellen chart is probably the right thing. An Amsler grid would be another one. We're also looking at what you could do with visual fields, so you would be able to use that for some form of visual field on your computer. They're probably the three key ones: visual acuity, getting a good image of the eye from a smartphone, and potentially visual fields.

We’ve all had trouble with Zoom, haven’t we? Everybody mucks it up sometime, gets the link wrong, forgets to mute their audio. We all make those mistakes, even if we're really slick on technology. So it's no surprise that older patients, which form a big part of our work in optometry, are going to struggle with this technology. I think you have to take it easy and let people use what is going to work well for them. Some folk will never want to do any more Zoom once they're out of lockdown; they’ll never want to touch it again. You just have to accept that it’ll need to be done as it was before. We weren't doing anything by Zoom prior to lockdown; now we're doing everything by Zoom. There's probably some middle ground to be found. There are going to be some people who just want to do it in person, and that's fine.

I have quite a lot of experience of it because I've been doing a lot of patient interaction over Zoom while the other staff have been furloughed. So I guess ultimately, I'll take a lead in training. I've been encouraging the other staff, while they've been on furlough, just to think about that as a concept. And we're sort of batting ideas around informally.

Other practices may be nervous about this. It's understandable: we want this to be secure; I want it to be confidential, GDPR compliant, all these things. We're going to make sure that stuff is all in place.

I think there absolutely is an opportunity here for optometry to take a giant leap forward in terms of engaging with technology, and I think we make a massive mistake if we don't use this opportunity we've been given. All of a sudden everybody in the whole country, from the youngest to the oldest, has been forced to get comfortable with video conferencing, which would never have happened in any other set of circumstances. People would have opted out, but they've had to opt in and so people are now comfortable using technologies in a way that they just couldn't have imagined they would be forced to use. You've got to take advantage of that. That has to change your practice. If you go by the way things were after lockdown then you've missed the boat.

There absolutely is an opportunity here for optometry to take a giant leap forward in terms of engaging with technology, and I think we make a massive mistake if we don't use this opportunity

There's an opportunity here that we must grasp. You've got to be at the forefront of learning from this and saying, "Well, I'm going to practice differently because society has changed. People have changed." And if you're the only thing that doesn't change, you're going to get left behind. Everything has moved on in the past 12 weeks, and you've absolutely got to be in a position to move on with it. That's going to look different for everybody; you're going to go in different directions with different emphasis depending on your practice and your culture. However, something has to change. If nothing in your practice changes, other than you wash your hands a bit more and you wear a mask, you've not learned your lessons from lockdown. 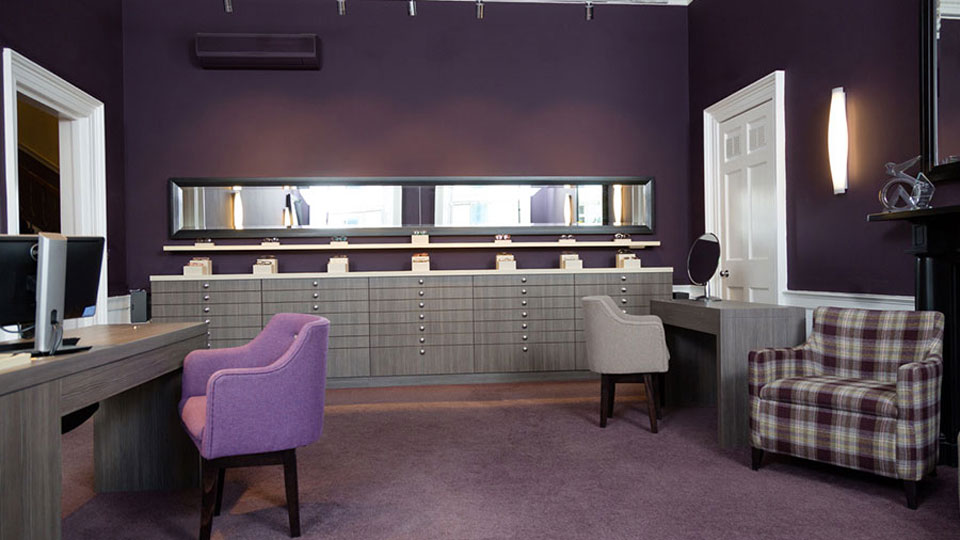 Inside Cameron Optometry
This is an opportunity to think carefully: how can what society has gone through influence how I practice in the future, and make patient care better? I think there's a huge opportunity. So grasp that opportunity, even though it's difficult and even though it might be a bit frightening.

It's got to be getting back up there, getting back up to full speed, and getting the money coming in that's needed to sustain the business. I've got 17 staff; they need to be paid. We need to get people through the door. We need to get going as quickly as we can, and get people back into the practice in the normal numbers as quickly as we're allowed, when it's possible to do so safely.

*At the time of publishing Scottish optometrists, such as the one covered in this article, have not yet been given the green-light to open for routine practice