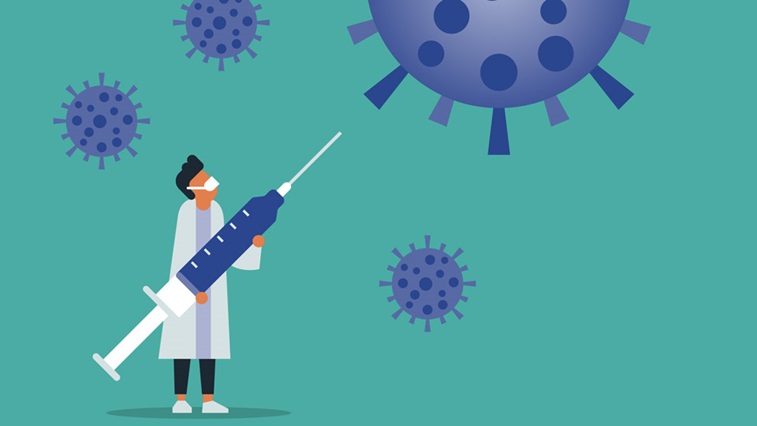 There are the rumours that it will affect your fertility, change your DNA and even embed a trackable microchip.

This is not the plot twist in a science fiction movie, but concerns circulating on social media, between neighbors and in supermarket queues, about the new COVID-19 vaccines.

Alongside fringe concerns, there are more general reservations about whether a vaccine developed at record-breaking pace can still be safe.

A recent Opinion poll for the Observer found that one in three members of the UK public would be “unlikely” to get the COVID-19 vaccine when it becomes available.

This week a pre-print study by Imperial College London researchers revealed that within a group of 9122 UK survey participants, only 71.5% were willing to receive a COVID-19 vaccine.

These are sobering statistics when you consider that around 90% of the UK population needs to be vaccinated to achieve herd immunity.

As healthcare workers with scientific training, optometrists are well placed to examine the evidence that supports the use of COVID-19 vaccines.

Myth: “The COVID-19 vaccine will change your DNA”

Although some of the COVID-19 vaccines in development are based on mRNA technology, UK charity FullFact explains that these vaccines do not alter human DNA.

In contrast to traditional vaccines that contain inactivated pathogens, mRNA vaccines contain a molecule that codes for a protein specific to the pathogen’s surface. However, this does not change the DNA of human cells.

Myth: “The speed of vaccine development means corners were cut and it unlikely to be safe”

The BBC has outlined why the public can be confident that a vaccine developed in less than a year is safe.

Plans to tackle ‘disease x’ were developed long before the current COVID-19 outbreak following shortcomings in the response to the Ebola outbreak between 2014 and 2016.

The fact that COVID-19 is part of a family of viruses that researchers are already familiar with in light of the Sars and Mers outbreaks in 2002 and 2012 also gave the scientific community a head start when developing a vaccine.

The number of scientists working on the COVID-19 vaccines and the amount of money that has been invested in their efforts has sped up the process of producing an effective vaccine without compromising safety.

For example, the Oxford vaccine has been through every stage of a trial that would normally be taken for a vaccine and 30,000 volunteers have been involved in the phase three trial.

Myth: “Aluminium in vaccines can cause Alzheimer’s disease”

As FullFact explains, small amounts of aluminium have been used in vaccines for close to a century.

During that time, no link has been established between the presence of the metal in some vaccines and Alzheimer’s disease.

The amount of aluminium in human vaccines typically weighs between 0.2 and 0.8 micrograms – while the average adult will ingest around seven to nine micrograms of aluminium per day as part of their diet.