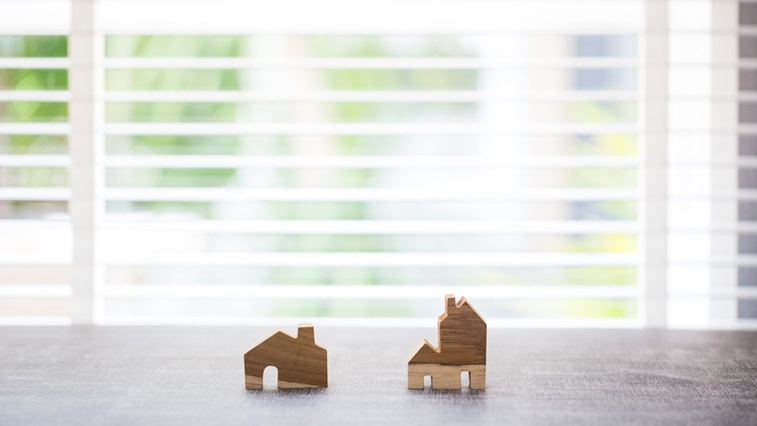 Most of us are used to giving people a wide berth by now – whether it’s avoiding hugging a friend after meeting up for a socially distant walk, or briefly stepping into the road to avoid knocking shoulders with a stranger on the way to Tesco.

As social distancing continues, the adaptations that we’re making to our normal lives are becoming more and more instinctive.

The situation is understandably more difficult for those with sight loss or those who are blind, though. Reports have come thick and fast over the past few months, speaking of situations where blind or partially sighted people have been yelled at in the street for failing to keep a two-metre distance, or have had trouble navigating supermarket one-way systems.

Back in May, the Royal National Institute for Blind People (RNIB) revealed that “social distancing is near-impossible for many blind and partially sighted people.” The charity’s research pointed out that, aside from the stress and worry of social distancing, there were also concerns that some blind or partially sighted people were going without food as socially distancing in supermarkets was impossible and priority delivery slots were few and far between.

The RNIB’s director of services, David Clarke, said that the “visual nature of restrictions” was having a “disproportionate impact on blind and partially sighted people.”

Around the same time, the BBC told the story of 18-year-old Louis, who explained how his guide dog not being trained to stay two metres from people was causing him problems.

During the summer, OT spoke to retired district judge Elizabeth Manuel, who revealed her own struggles and her reliance on the help of neighbours after being unable to secure a supermarket delivery slot.

These stories serve as a reminder of the extra difficulties that blind and partially sighted people are facing at the moment – and that optometrists and others working in the sector might want to be open to addressing the subject with their patients.

After all, if blind or partially sighted people are worried about social distancing, they might be less likely to go out at all – something that could increase their isolation and have negative consequences for their mental health. That’s something we all want to avoid.

Luckily, there are solutions out there that are aiming to help. Guide Dogs has published information for blind and partially sighted people on its website, which offers 22 pieces of advice on making socially distancing easier. Optometrists may find it helpful to pass the guide on to any patients who might benefit from it.

Meanwhile, a new initiative by the Hidden Disabilities Sunflower Scheme, in partnership with RNIB and the Cabinet Office, has launched to help those who might struggle with social distancing. Face coverings, badges, snoods and lanyards imprinted with the words “Please give me space” have been designed to help those with hidden disabilities, including sight loss.

The designs come after 80% of those surveyed by the RNIB said that a social distance indicator would a good idea, helping others understand that they needed space and providing them with more confidence when out in public.

There is already anecdotal evidence that the items are having a positive effect. Jonathan Attenborough, from Perth, has been using the lanyard and face masks and is finding them helpful. He said: “The difference with social distancing when you are blind is that you can’t judge the distance between yourself and other people if you can’t see them, which itself presents a number of problems when you’re being told to keep a certain distance from other people for safety reasons.

“The restrictions that have been put in place in shops and supermarkets are all either visual signs telling you where to stand, or arrows showing you where the one-way system is that you need to follow. None of these have been made accessible for blind and partially sighted people, so prove challenging if you can’t see them.

“I was pleased to find that people did keep further away from me whilst I was wearing the lanyard and face covering, and even more encouragingly, people seemed to engage and be interested in the wearables and what they mean.

“I do feel more confident going out whilst wearing them, and feel it could be extremely useful not only for people with sight loss, but for anyone who feels anxious about going out during this time.”

Jonathan added: “I think the products created by RNIB are fantastic, and I hope that others with sight loss find them beneficial over the coming months.”

The items can be purchased online at pleasegivemespace.uk