A century of remembrance

How are you remembering those who served in the First World War?

Remembrance Sunday falls on the 100th anniversary of the end of the First World War this weekend.

If you watch or read any of the media coverage each year, you’ll be familiar with the stories shared by veterans that leave the rest of us amazed and humbled.

This year, there will be an additional event after the service at the Cenotaph where members of the public will join ‘A Nation’s Thank You,’ which is a procession to pay respects to the generation that served.

Blind Veterans, which was founded during WWI, will have a group of over 100 blind veterans marching at the Cenotaph.

The charity shared the story of Ron, who at 103 years old will be the oldest blind veteran in London this weekend.

Ron joined the army in 1931 and was posted to Hong Kong on the outbreak of WWII. In 1941, Ron became a prisoner of war and during this time he caught diphtheria. As a result, he lost his sight and most of his hearing.

After the war, Ron sought employment and with the help of the charity he purchased a post office, which he and his wife ran for 25 years.

Back in January, OT spoke to communications and engagement officer at Blind Veterans, Simon Brown. 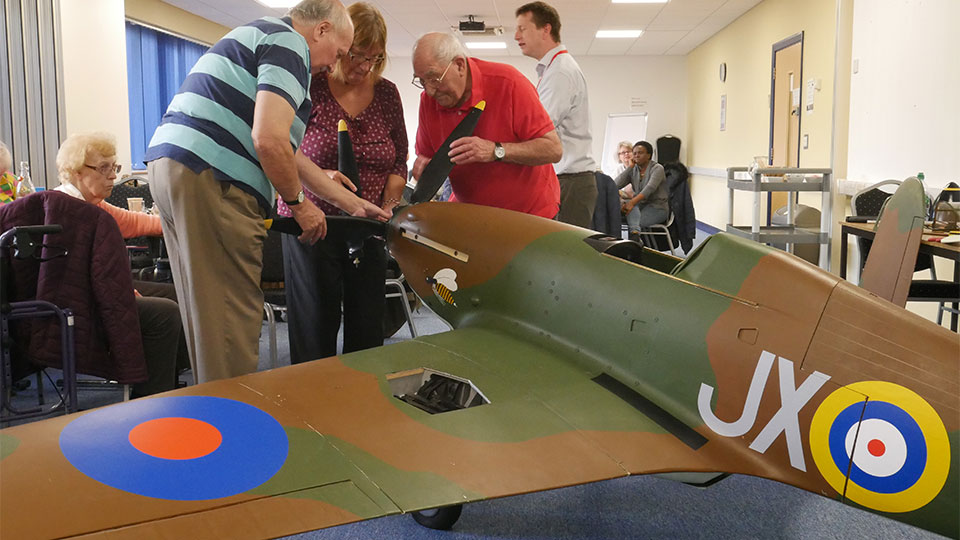 “My mountain in life after I got out of the coma was to get back into sustainable, meaningful employment. That is what I have been able to do and what Blind Veterans UK offered me,” he said.

Deafblind UK have marked the 100th anniversary by giving attendees at their Friendly Friday event a sensory experience that involved building a one-third scale version of a hurricane hawker aeroplane (pictured).

The group learned about the history of the plane and its role in the Second World War. The significance of each part was explained as they assembled the model plane.

Director of fundraising at Deafblind UK, Shirley Scotcher, said: “With it being 100 years since the end of The Great War, we wanted to mark our remembrance with something special and something a little different for our members.”

OT would like to hear about how your practice is marking the 100th anniversary or if any patients have shared a war story with you. Please email [email protected]