As record stores recover from another successful Record Store Day, OT  wants to hear about the creative ways your practice engages in the community 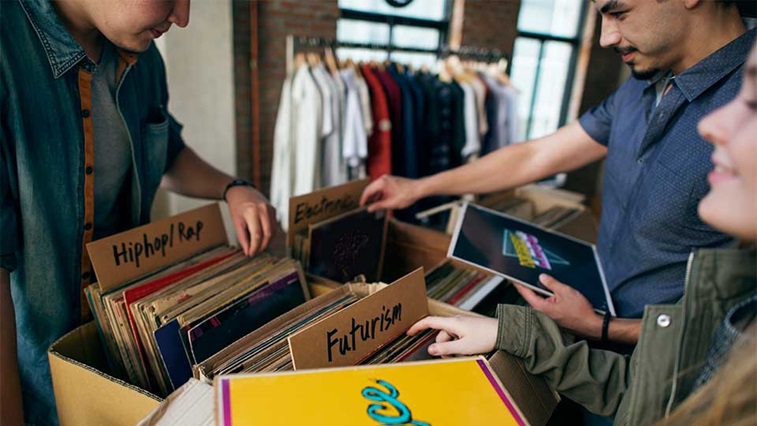 Every year on the third weekend of April, it’s Record Store Day. The annual event sees over 200 independent record shops opening their doors to thousands of vinyl enthusiasts looking to pick up an exclusive release from their favourite artists – old and new.

Having participated in the event as a customer since 2012, I had my alarm set early again this year and caught the first train into London where I joined the queue at Soho’s Sister Ray Records.

With customers limited to one copy of each exclusive release and stock only available over the counter, queuing is essential to avoid disappointment. Around three and a half hours later I was in the shop, spending more money than I had planned to because paying rent is clearly not as important as those limited edition David Bowie LPs that needed a home. The treasure hunt was complete.

The event is also a chance to celebrate the independence of the participating record shops – some of which take their yearly sales in one day. They make an event of it with in-store performances and giveaways to enhance the customer experience, bringing music fans together in the process.

This had me thinking about independents in the optical profession and the work they do to increase their presence in the community.

In preparation for OT’s June issue, which explores the public’s understanding and awareness of optometry, I spoke to Bowen Opticians about their educational visits to local schools and nurseries in Weston-super-Mare.

Dispensing optician and practice manager, Steph Swire, told me that by engaging with teachers, children and their families, Bowen Opticians is raising the profile of their practice as well as creating awareness around the importance of eye health.

The AOP’s senior public affairs officer, Sophie Pavlovic, will also be sharing how to arrange an MP visit and drawing attention to the work your practice does in the community.

Another chance to celebrate the work of the industry is the AOP Awards 2019. Details of how to enter will be available in May, so keep an eye on the AOP website.

Get in touch with OT and share your practice’s activity.