The verdict has been announced on the Honey Rose appeal case 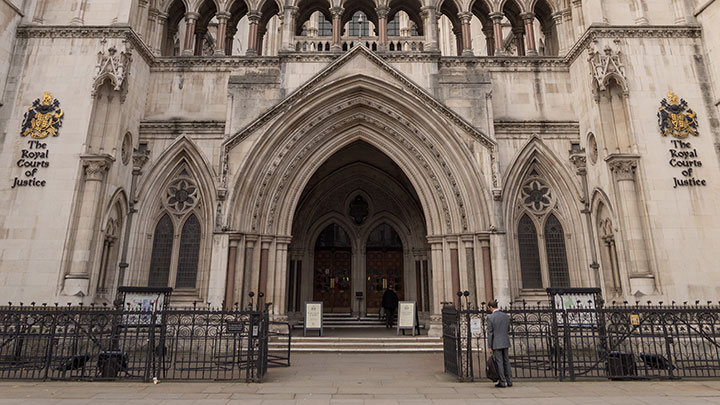 One year on, and the jury's decision to convict optometrist Honey Rose of gross negligence manslaughter has been quashed by the court of appeal.

AOP member Ms Honey Rose has won her appeal against a conviction of gross negligence manslaughter. Share your views on the case

The journey to this point has been a long one for all involved. Ms Rose first saw Vincent Barker in February 2012. In July that year, the 12-year-old died with fluid on the brain. Through the police investigation that followed, Ms Rose's handling of Vincent’s sight test came under close scrutiny, leading the Criminal Prosecution Service to pursue a case of gross negligence manslaughter.

During the two-week trial at Ipswich crown court in August 2016, the jury heard the prosecution argue that Ms Rose breached her duty as an optometrist in failing to carry out an appropriate eye examination on Vincent Barker, and that this conduct was “something truly so exceptionally bad and, in the circumstances, gave rise to a serious and obvious risk of death,” to constitute the manslaughter charge.

Prosecutor Johnathan Rees QC told the jury that Ms Rose’s failure to detect a swelling in Vincent’s optic disc and her failure to refer him for further tests was “grossly negligent on her part” – an argument the jury accepted.

In the ruling this week, the court of appeal quashed the jury’s guilty verdict.

One of the three judges hearing the case, Sir Brian Leveson, said that the judge, Justice Stuart-Smith, misdirected the case to the jury when applying the legal test of “foreseeability” of the outcome of Vincent’s death.

Sir Brian also commented that the decision would have had “serious implications” for medical professionals, who could potentially face manslaughter claims in the future.

Let's be frank. There are no winners in a case like this, and the latest ruling does not change this fact.

In a statement, the parents of Vincent, said: “We have endured five years of harrowing investigations and court proceedings, to be left now putting our faith in the General Optical Council (GOC) and their responsibility to uphold the standards of their profession to ensure that Honey Rose is unable to resume any practice in optometry.”

They added: “We are hugely aware of the controversy and concern that the case generated. We felt that the gravity of such a conviction helped to protect patients and safeguard the reputation of medical practices and professionals adhering to good practice against those few who breach their duty of care. Instead this case now opens the gates for medical practitioners to operate outside of the standard at which they are required to perform.”

For Ms Rose, who has fought the charge of gross manslaughter throughout, she now faces an ongoing Fitness to Practise hearing before the GOC, and her eligibility to work as an optometrist will be dependent on the outcome.

Responding to the case, and the likely impact in the mind of the public, the AOP said: “There are millions of sight tests undertaken in the UK each year and this type of case is extremely rare. Optometrists adhere to strict standards of practice set out by the regulatory body, the GOC. All practising optometrists in the UK must be registered with the GOC and undergo at least four years of extensive training before they qualify.” It is an important point for the profession to remember, and to be proud of the extraordinary expertise and skills it offers the public on a daily basis.

As the court of appeal judgment notes, the earlier guilty verdict presented a real and present risk that medical professionals would become more exposed to gross negligence manslaughter claims by the CPS in the future. This could have a chilling effect on a medical profession that is always searching for new recruits (but without the benefit of a big budget), and setting back years of effort to encourage greater transparency when things do go wrong – and they do – in healthcare.