Webinar: Refractive surgery in 2020 - the state of the art 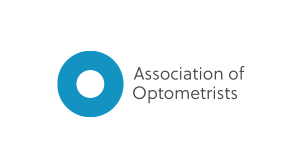 Eye care practitioners need to be fully aware of all the options for correcting refractive error in order to make the best recommendations to their patients. This will be a dynamic webinar that will provide the audience with knowledge and understanding of the risks, benefits and indications for the latest and most advanced surgical options currently being used to treat refractive error.

Allon Barsam is a director and founding partner of Ophthalmic Consultants of London. He specialises in laser eye surgery, lens-based vision correction surgery and cataract surgery with premium lenses.

Allon was trained in several international centres of excellence. He graduated from the University of Cambridge and University College London Medical Schools with honours and a distinction in surgery. His residency training was at Moorfields Eye Hospital in London, followed by a fellowship in New York, where he worked closely with two of the founding fathers of modern cornea, cataract and laser vision correction surgery. Allon then completed an additional cornea, cataract and refractive surgery fellowship at the Western Eye Hospital in London.

Allon Barsam is the lead consultant and fellowship director for corneal transplantation and complex anterior segment surgery at the Luton and Dunstable University Hospital NHS Foundation Trust, UCL Partners. This tertiary centre of excellence was founded and set up by Allon, for which he has received several excellence awards.