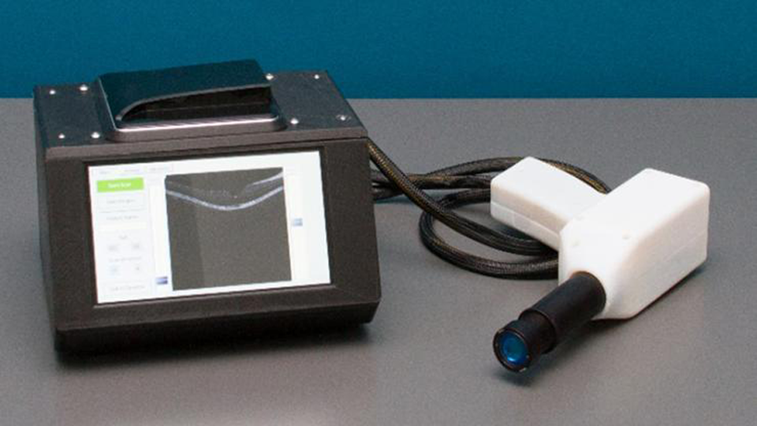 Duke University scientists in the US have developed an optical coherence tomography (OCT) scanner that can be manufactured for a tenth of the cost of existing devices.

They report that the technology is 15 times lighter than devices that are currently available.

The results of an initial clinical trial using the device are published in Translational Vision Science & Technology.

Scientists highlight that the 120 retinal images captured using the device were 95% as sharp as those taken by commercial systems.

It is being commercialised through a start-up company called Lumedica, which is already producing and selling first-generation instruments for research applications.
Professor Adam Wax said his research team aims to make OCT dramatically less expensive so more clinics can afford the devices.

“There’s a lot of interest from people who want to take OCT to new parts of the globe as well as to underserved populations right here in the US,” he said.

Professor Wax emphasised: “With the growing number of cases of diabetic retinopathy in places like the United States, India and China, we hope we can save a lot of people’s sight by drastically increasing access to this technology.”