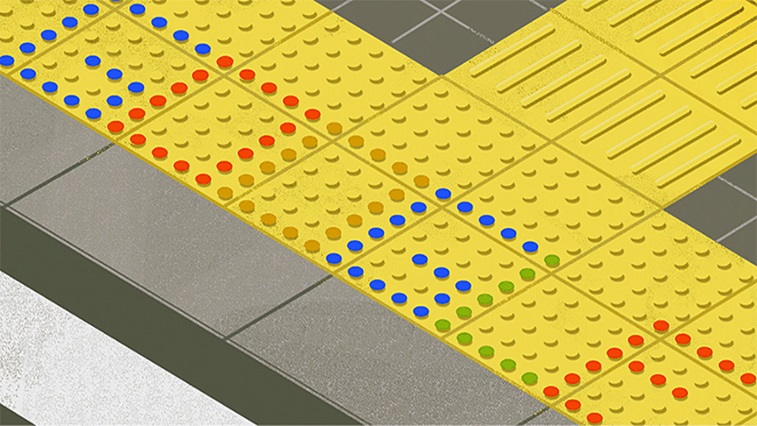 Google is celebrating Japanese inventor Seiichi Miyake on its homepage today (18 March) with an animated Doodle of tactile blocks.

Mr Miyake created the blocks, which are also known as Tenji blocks, with his own money in order to help a friend living with visual impairment.

The dotted blocks are usually found at pedestrian crossings or on railway platforms to alert visually impaired people when they are approaching danger. Barred blocks let users know that they are following a safe path.

They are identifiable to people living with visual impairment by touch through a pair of shoes, a white cane or with the help of a guide dog.

Tactile blocks were first introduced on a street near the Okayama School for the Blind in Okayama City, Japan on this day in 1967. They were made mandatory in the Japanese National Railways 10 years later and are now used across the world.