The intricate and evolving view of the eye offered by OCT is reshaping the profession. OT  speaks with industry leaders about avoiding red herrings, the impact of the device and their predictions for its future

From fledgling technology to an emerging cornerstone of clinical practice, optical coherence tomography (OCT) has had a dramatic rise to prominence within optometry.

It gives optometrists the ability to spot a broader range of conditions and enhances their ability to manage disease in the community that has traditionally been the domain of secondary care.

However, technology that provides a completely different view of the eye to traditional techniques also results in challenges.

Optometrists must learn how to distinguish normal variation in the structure of the eye from pathology.

There is the potential for tension between hospital departments, worried about a surge in referrals, and community optometrists, concerned about missing pathology.

OT spoke with industry leaders for their take on the trajectory of this influential device.

Asked for his OCT interpretation tips, Birmingham Optical’s director of medical and education, Jason Higginbotham, said that practitioners should look at as many normal scans as possible.

When looking at a B scan they should assess the regularity, smoothness and continuity of the layers.

“Be aware of the key features of pathology,” he shared.

Ultimately, it is all about the number of scans you have seen

Mr Higginbotham estimated that it would take an average practitioner between three and six months of taking four or five OCT scans a day to become confident with OCT.

Jason Higginbotham
“If they do it more often – for example, if they work in a medical retina clinic at a hospital eye department – they will become adept more quickly,” he shared.

“Ultimately, it is all about the number of scans you have seen,” Mr Higginbotham added.

He emphasised that the normative data on an OCT device should not be considered definitive.

“It is just a guide. The normative data can be a red herring on occasions,” Mr Higginbotham observed.

“Ophthalmologists are afraid of what they are calling ‘red disease’ where optometrists are referring patients in because there are areas of red on the normative data scan which suggest there are certain layers that are thinner than they should be,” he explained.

“That does not mean there is pathology,” Mr Higginbotham emphasised. “What I always say in my CET talks is ‘Don’t stop being an optometrist’,” he added.

The value of training

An awareness of the potential for false positives has informed Birmingham Optical’s education focus “from day one,” Mr Higginbotham said.

An online forum gives practitioners the chance to seek the input of other clinicians about OCT, alongside webinars, onsite training and practice marketing support.

The company has an online education portal and there are also example scans on every Birmingham Optical OCT device.

“For anyone who is unsure, they can look at what a normal scan looks like and what a particular condition looks like then compare that to the patient they have just seen,” he shared.

Looking ahead to the future of OCT, Mr Higginbotham predicts that the use of artificial intelligence alongside OCT technology has the potential to reduce the number of false positives.

“When that becomes more widely available on OCT software that will significantly remove doubt in many cases,” he shared.

Alongside improvements in resolution, manufacturers are developing ultra-widefield devices, with the potential for whole-eye OCT on the horizon.

Mr Higginbotham observed that while fundus photography will always have a role, it will increasingly become part of the OCT device.

There is also the potential for corneal topography to be performed with an OCT.

“Ultimately you will be left with fewer standalone devices and more multifunction devices,” he said.

“OCT is here to stay, definitely. It isn’t just one of those flash in the pan technologies that have come and gone,” he concluded.

Clinical market development manager at Heidelberg Engineering, Tim Cole, used OCT every day as an NHS medical photographer before he shifted into an industry role eight years ago.

He has noticed a shift in the uptake of OCT devices during that time. 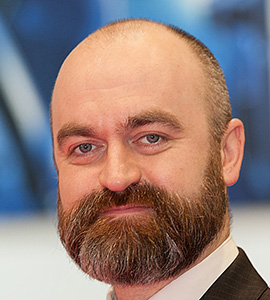 What was previously the domain of high-end independents, has now been embraced by a broader range of practices.

“Now we are at the point where the multiples are taking on OCT,” he said.

“I think in two or three years it will be a fairly normal thing to see in every test room,” Mr Cole shared.

To ensure the success of the technology going forward, Mr Cole believes education will be key.

“OCT is a complicated subject. It is not like any other machine where you can just press a button, get some numbers or a colour map and make your clinical decision based on that,” he shared.

Where I have seen it used most successfully, it is just one of the tests that you have before you see the optometrist

The level of detail provided by an OCT scan means that optometrists are able to spot conditions that would previously have been missed.

“I have met so many optometrists who say, ‘I never realised how many patients of mine had an epiretinal membrane.’ Unless you are highly skilled on Volk, you are not going to see things just by examining the eye,” Mr Cole said.

“OCT gives you that straight away. That is the shock that a lot of people experience,” he added.

Like Mr Higginbotham, Mr Cole emphasised the importance of becoming familiar with the level of variation within a healthy scan and what is pathology.

He said that in many ways, this was a matter of “flying hours,” and using the device as much as possible.

A key component to using OCT successfully within practice is to get the whole practice team on board, not just the clinical staff, Mr Cole shared.

“I think that is fundamentally important,” he said.

He also favours incorporating OCT into the clinical examination rather than charging for it as an additional service.

“If it is worked into the whole practice it flows much easier. Where I have seen it used most successfully, it is just one of the tests that you have before you see the optometrist,” Mr Cole said.

Turning to technological developments within OCT, Mr Cole highlighted that while OCT angiography has “huge potential” for the future, he believes that its natural home at the moment is within hospital.

“You’ve got to keep reminding yourself that we have had OCT generally in optometry since around about 2005. It grew in ophthalmology and hospitals first, then escaped,” he shared.

“I think that is the pathway that all these new technologies take. They grow and become useful in ophthalmology and then filter out and come into the community,” Mr Cole observed.

Topcon’s director of medical sales, Graham Trevor, said he believes OCT is still not being used to its full potential within optometry. 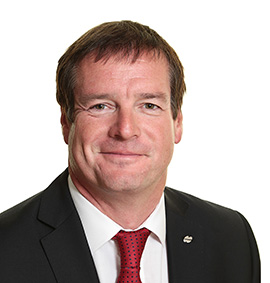 Graham Trevor
While the early adopters purchased OCTs some time ago, there are still a number of practices that are reluctant to invest in the technology, he said.

“It is a large investment compared to what practices are used to spending and I think that is maybe why hundreds of stores have not changed from the traditional fundus camera for retinal examination and image capture,” Mr Trevor observed.

“What is noticeable now is that far more practices have realised that they have to get an OCT at some point because it is becoming an expected service,” he said.

“The ‘sea change” will occur when the majority of the multiples offer OCT as a standard part of the sight test,” Mr Trevor predicted.

He added that the number of false positive referrals would come down over time as optometrists gained more experience and training in the use and interpretation of OCT.

“It has happened before with tonometry and measuring pressures. You can’t avoid it really; the clinical responsibility of the optometrist is so high, people will refer just in case,” he emphasised.

Asked about the training Topcon provides, Mr Trevor shared that the company offers teaching on how to operate the device, as well as clinical training that helps practitioners to understand what they see in the scans.

“We also offer advanced clinical training where we look at all the images they have taken over the past few months and then we talk through what decisions they made on the basis of those scans,” he said.

“Topcon has an online portal providing access to education and clinical papers as well as regular courses and organises a national OCT conference that is held each year. It is almost a non-stop train of education. We all say, ‘You can’t stop learning because you will always see something different with an OCT,” he concluded.