The childhood experience that inspired a researcher to prevent avoidable blindness 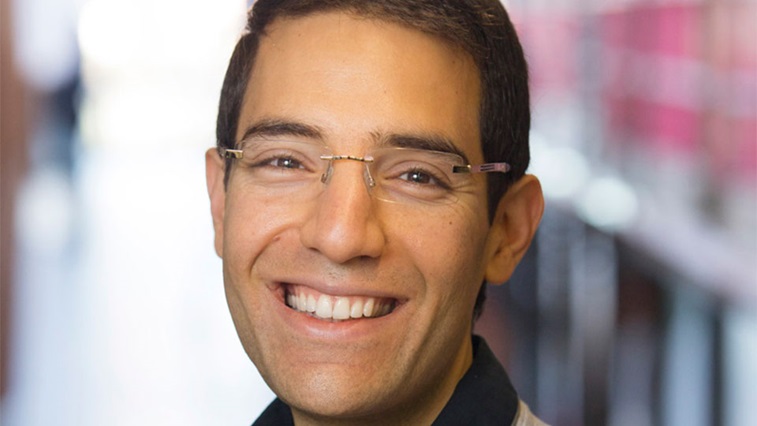 Growing up in Iran, Dr Ehsan Vaghefi’s first journey to school was not like that of the other children.

While his peers followed their parents to school, Dr Vaghefi acted as a guide for his father.

“I saw all the other kids with their dads walking them across the street, watching out for the cars and steps and I would do that for my dad,” he remembered.

Dr Vaghefi’s father became blind at the age of nine after a preventable cause of blindness, juvenile glaucoma, went undetected.

The experience was a formative one for Dr Vaghefi, who is now a bioengineer based at the University of Auckland in New Zealand.

He shaped his education and professional career around imaging the eye as a tribute to his father’s experience.

“I wanted to make sure that no child went blind because of preventable disease,” he emphasised.

The focus has paid off with the New Zealand government awarding £500,000 in funding to develop the MyIScope device created by Dr Vaghefi and colleague, Dr David Squirrel.

He explained that the laser-based imaging device is capable of screening for signs of opacity within the eye and pathological myopia.

Dr Vaghefi hopes that by creating a device which is cheaper and simpler to use than technology already on the market it will enhance eye care access.

“Our goal is not to out-perform the current standard of practice but to match it for a fraction of the price with a simpler system,” he shared.

Dr Vaghefi added that in pre-clinical trials the MyIScope device performed at a similar level as ocular coherence tomography (OCT). However, it is cheaper to manufacture and can be operated by a trained nurse.

It is hoped that the new technology will contribute towards breaking down eye health inequality.

Research conducted by Dr Vaghefi and colleagues in 2017 at an Auckland school with a low socioeconomic ranking revealed that 30% of children had never received a sight test.

Dr Vaghefi highlighted that within that group of students, around one in ten children were experiencing vision loss but were not aware of it.

Many of these children were underperforming at school because of undetected refractive error.

“A child does not know that she or he has lost vision,” Dr Vaghefi observed.

“Often the parents don’t realise either because the child doesn’t complain,” he added.

By partnering with a New Zealand optometry chain, Dr Vaghefi hopes to conduct a clinical trial using the MyIScope device at practices in different locations across New Zealand.

“Through their healthcare centres we believe we can access 60,000 school children,” he shared.

Dr Vaghefi said that New Zealand represents a “first step” in realising the potential of the technology.

“My aim is to make the device cheap enough that it could be rolled out to other countries,” he elaborated.

“It is a shame that in a developed country like New Zealand, or even in Australia, there are still cases of preventable blindness. But the situation is much worse in India or China where optometry does not have the same level of recognition,” Dr Vaghefi shared.