Scientists develop a computer chip that mimics the blood-retinal barrier

A chip containing compartments of cultured cells could create an alternative to animal testing, accelerating the development of novel therapies 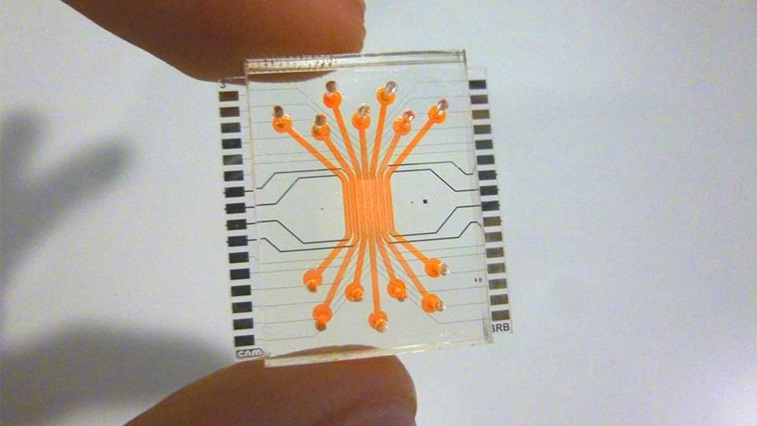 Scientists in Barcelona have developed a microfluidic chip that imitates the blood retinal barrier.

The “proof of concept” technology is described by researchers in Lab on a Chip.

It incorporates compartments of cultured cells that mirror the structure of the retinal layers.

Neuronal, endothelial and retinal pigmented epithelial cells are included in separate sections with microgrooves connecting the compartments to allow the cells to exchange signal molecules.

Researchers at the Microelectronics Institute of Barcelona hope that the technology will allow clinicians to study the effect of different diseases and therapies on the human retina.

Previously the research team has created devices that mimic the blood-brain barrier and the hepatic microcirculation of the liver.