A study that involved fitting praying mantises with tiny glasses before displaying images of prey in an ‘insect cinema’ has captured images of the neurons that aid the perception of distance and direction.

The research, which was published in Nature Communications, sought to unravel the puzzle of how insects perform complex behaviours with tiny brains.

Scientists investigated how praying mantises are able to use depth perception to trigger a “raptorial strike” with their forelegs when prey is in reach.

“Here we show the first evidence that individual neurons in the praying mantis brain are tuned to specific disparities and eccentricities, and thus locations in 3D-space,” the authors highlighted. 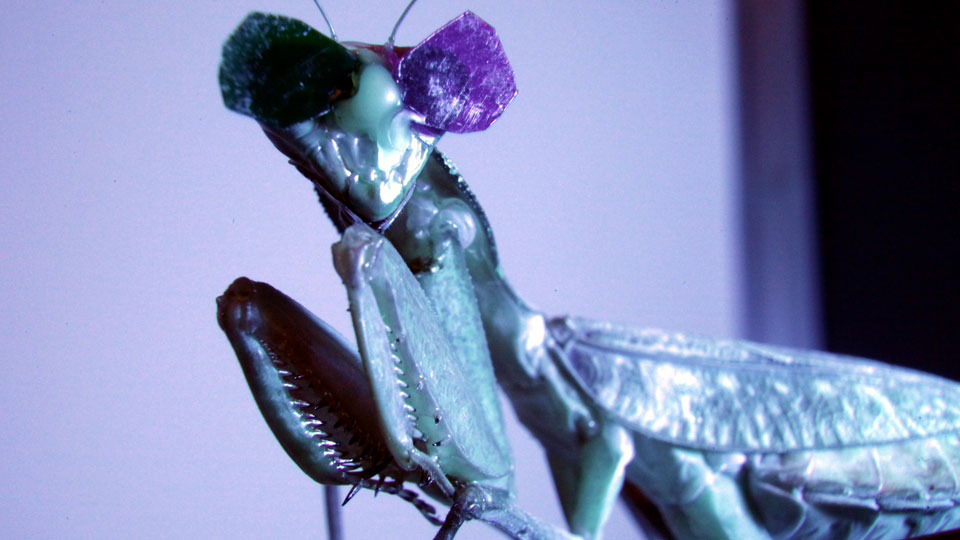 The brain activity of praying mantises was monitored as they were shown images of prey while wearing small 3D glasses.

The researchers were able to record the activity of individual neurons, which were then stained to reveal their shape allowing the scientists to identify the four classes of neurons involved in praying mantis depth perception.

The research team hopes that the findings could aid the development of simple algorithms for machine and robot vision.