A new study has explored the impact of taking selfies on a scientist’s perceived warmth.

The research, which was published in PLOS One, involved showing a group of 1620 participants a series of images collected from the “Scientist selfies” rotation-curation account.

Some of the images portrayed a scientific setting or piece of equipment and were attributed to a scientist by name.

Other pictures showed a smiling female or male scientist looking at the camera in a scientific setting.

They survey group were then asked a series of questions about the scientists pictured in the image (or credited with the image) and their perceptions of scientists generally. 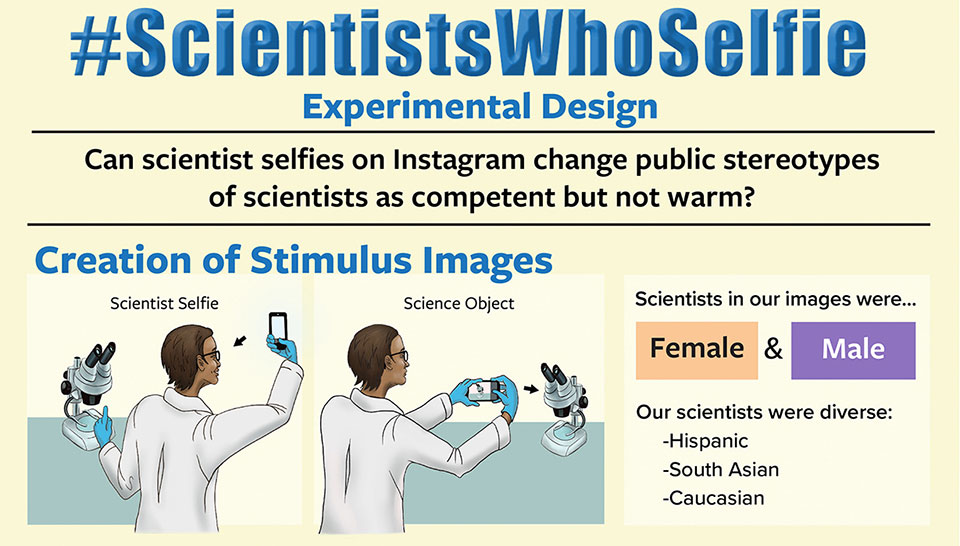 Becky Carmichael, a co-author on the study from Louisiana State University, explained: “Social media channels, like Instagram, provide an exciting opportunity for scientists to improve their public image.”

“We wondered whether seeing the faces of friendly, honest scientists sharing glimpses of their everyday work in the science lab or field could help change the problematic stereotypes that scientists are competent but not warm,” she said.