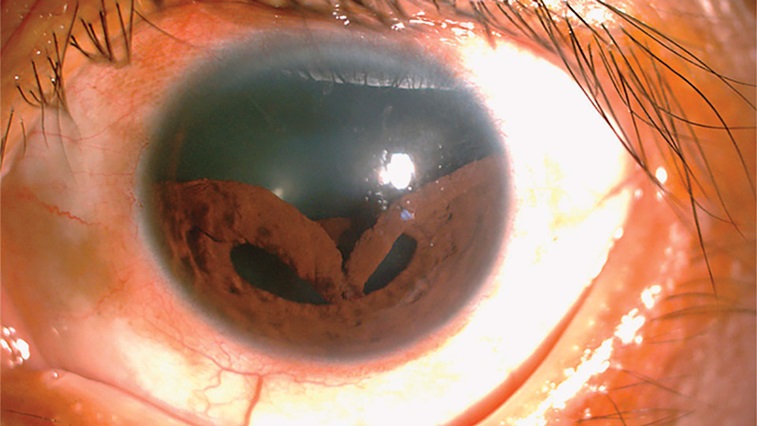 Clinicians from National Taiwan University Hospital have described their treatment of a man whose iris collapsed after he was hit in the face by a bungee cord he used to attach goods to his motorcycle.

The 48-year-old patient presented to the ophthalmology clinic a week after the accident complaining of pain and double vision in his left eye.

Writing in The New England Journal of Medicine, the clinicians highlighted that a physical examination of the patient revealed bruising of the left eyelid and a distorted pupil.

Corrected visual acuity wearing spectacles was 20/40 in the patient’s right eye and 20/200 in the left eye.

Following a slit lamp examination, the man was found to have a deformed iris with the upper portion sagging downward.

A year after treatment, the patient’s corrected visual acuity in the left eye was 20/50.