People using SPF moisturiser rather than sunscreen miss greater areas of the face, particularly around the eyelid regions, according to a new study 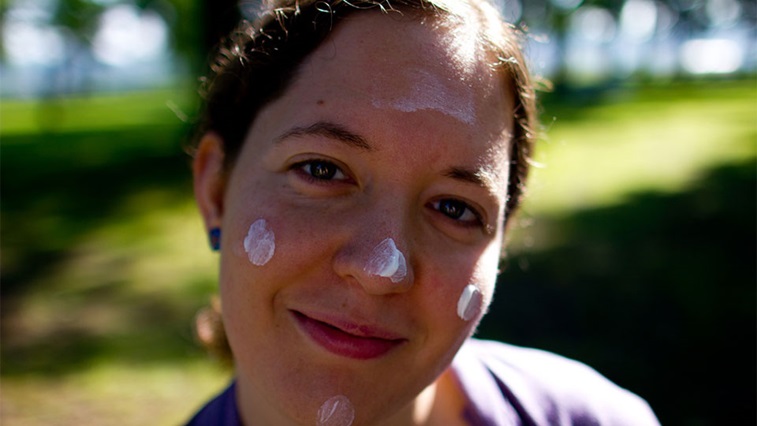 University of Liverpool researchers have contrasted the coverage achieved through application of sun cream compared with SPF moisturiser.

Writing in PLOS One, scientists describe an experiment with 22 males and 62 females between the ages of 18 and 57.

The study group applied SPF30 sunscreen before being exposed to UV radiation and photographed with a tripod mounted UV sensitive camera.

On a separate occasion, they repeated the experiment after applying SPF moisturiser.

Analysis of the images revealed that 11.1% of the face was missed on average when the study participants applied sunscreen, compared to 16.6% omitted when moisturiser was applied.

The researchers highlighted that this difference was “primarily due” to participants missing more of the eyelid region (14.0% missed with sunscreen, compared to 20.9% missed with moisturiser).

A survey following the experiments revealed that the participants were unaware of their incomplete coverage.

The scientists highlighted that although moisturiser has some advantages, such as more frequent application, the areas of the face that are at higher risk of skin cancer are less likely to be protected.

“As such, alternative sun-protection strategies should be promoted,” they emphasised.