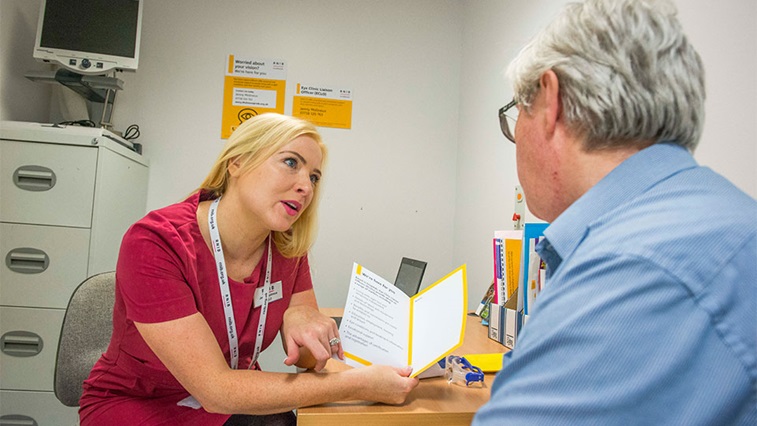 The study’s aim was to explore the impact of ECLOs, the processes they enhance and the improved quality of the clinics as a result. It found that ECLOs were seen as valuable to streamlining processes in clinics, particularly in relation to visual impairment certification, while they also helped provide continued care after discharge.

However, the charity emphasised statistics published in January, which report that 43% of the top NHS trusts in England have no trained ECLOs. Furthermore, when hospitals do have ECLOs, they support at least 600 patients and 200 members of family, annually.

Head of eye clinic support services at the RNIB, Carolyn Chamberlain, said: “This study confirms that ECLOs play a very important role in eye clinics. They can relieve pressure on clinical staff and ensure that patients receive practical and emotional support when they are diagnosed with sight loss.”

Professor Llewellyn added: “ECLOs are an important and trusted part of the team within ophthalmology outpatients departments. They provide expertise, capacity and empathy with patients who are experiencing sight loss. Our study demonstrated that they offer a role which is difficult for others to perform and which is universally valued by their healthcare colleagues.”