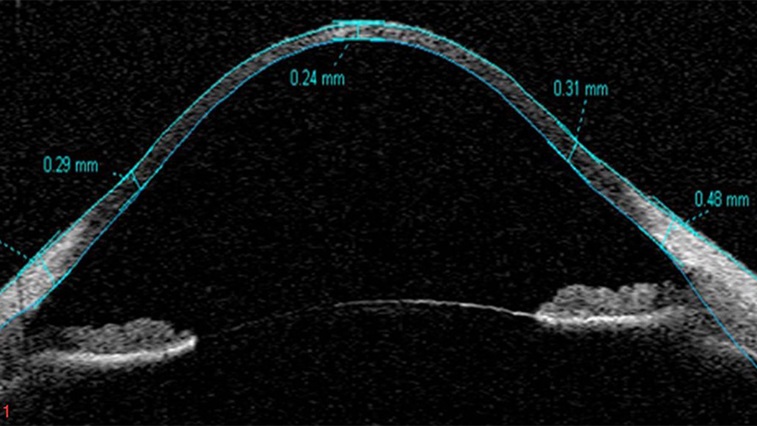 Writing in BMJ Case Reports, the authors highlighted that the syndrome is a rare autosomal recessive condition characterised by diffuse thinning and fragility of the cornea.

Protective glasses need to be worn by patients and physical activities restricted, they added.

The patient who received the corneal graft was delivered pre-term at 32 weeks. She lost vision in her left eye from a traumatic globe rupture at the age of four.

Corneal abnormalities and a blue sclera were noted at the time of the accident leading to a diagnosis of brittle cornea syndrome.

A corneal graft was performed in her right eye to reduce refractive error by improving the corneal contour.

Following surgery, the patient found it easier to read and move around.

However, the clinicians observed that there were two postoperative complications. The patient experienced visual loss from secondary glaucoma and developed acute corneal hydrops two years after the operation.

The authors suggest that this means the degeneration of the cornea continues in brittle cornea syndrome, even when additional mechanical support is provided by an onlay graft.

The final visual acuity after two and a half years of follow up was no perception of light in the left eye and 1.60 logMar in the right eye.