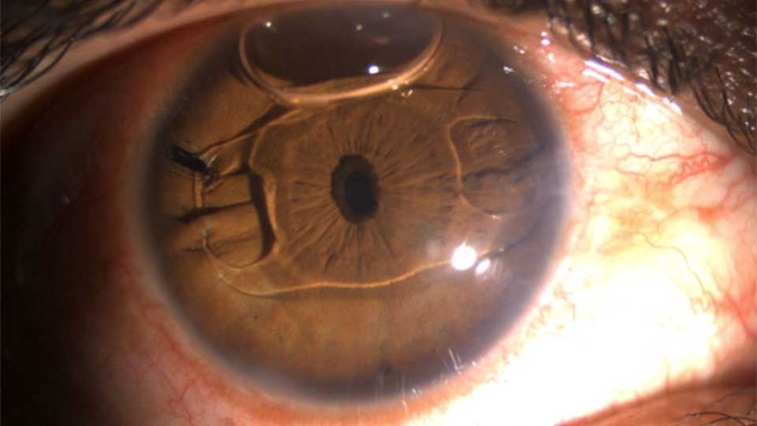 Writing in BMJ Case Reports, the authors highlighted that the patient presented at hospital with a painless diminution of vision and diplopia in his right eye over a three day period.

The patient’s vision was 6/60 in his right eye and 6/6 in his left eye. There was no history of trauma.

However, the patient had phakic iris claw intraocular lenses implanted in both eyes 12 years previously.

A slit lamp examination revealed that the IOL was hanging inferiorly with the optic touching the corneal endothelium inferiorly and with the other end fixed in the 9 o’clock position.

Re-enclavation of the IOL to the iris was performed under local anaesthesia, with the lens fixed to a site that was slightly superior to the previous site.

A day after the operation, the patient’s vision was restored to 6/6 in his right eye, unaided.

“Although post-traumatic dislocation of the IOL has largely been reported, spontaneous late disenclavation of the iris claw lens is a rare complication,” the authors noted.

They highlighted that the ideal location of the enclavation is the mid-peripheral iris stroma, where the IOL is “virtually immobile.”