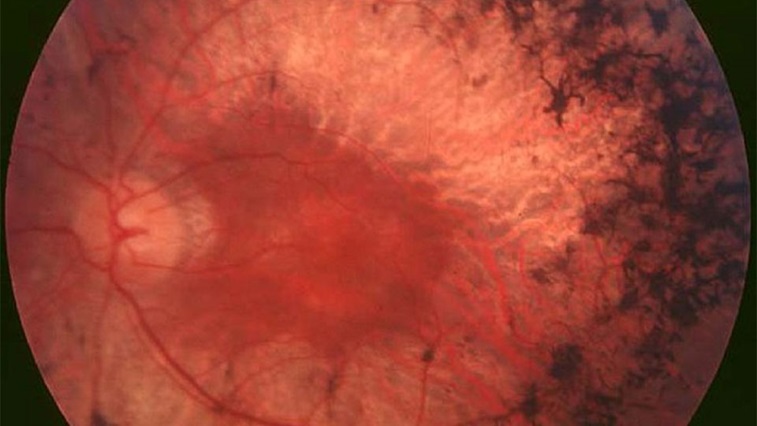 A woman has been diagnosed with unilateral retinitis pigmentosa (RP) in a case that is the first of its kind at Edinburgh eye hospital.

Writing in BMJ Case Reports, clinicians describe how the 35-year-old woman first presented at an ophthalmology department at the age of 12.

Fundus photos at the time revealed unilateral pigmentary retinopathy in her right eye, which was associated with an extinguished electroretinogram signal.

When she presented more than two decades later with deterioration of the unilateral RP, she was referred for genetic counselling.

Genetic sequencing revealed a mutation in the CLRN1 gene.

Study author, Dr Peng Yong Sim, told OT that the diagnosis is believed to be the first case of unilateral RP encountered at the Princess Alexandra Eye Pavilion in Edinburgh.

Other instances of the condition have been reported in London as well as internationally in Nepal, the US and Germany.

He highlighted that the patient has normal vision in her left eye so the deterioration of her right eye has not affected her daily living.

Dr Sim explained that the clinical team have speculated that only one eye is affected by RP because of the left-right segregation mechanism occurring early on in embryogenesis.

“There remains a possibility that the genetic mutation identified was just coincidental, and that we may never know the exact cause,” he observed.

“We still do not know for sure the exact aetiology and mechanisms underlying the unilateral presentation of RP in our patient,” Dr Sim concluded.